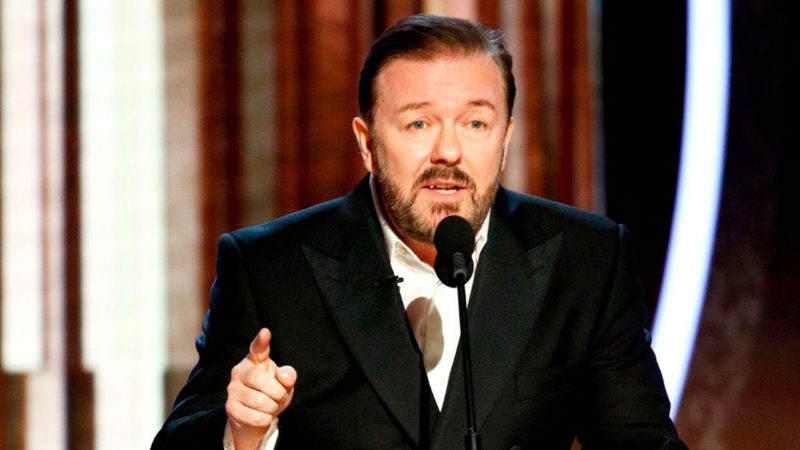 Will Smith’s slap in the face of Chris Rock during the Oscar Awards continues to travel around the world. In the last few hours, the sanction of the Hollywood Academy was known for the actor, who had previously resigned his membership of the organization.

Since last Sunday, March 27, there have been many celebrities who have spoken out about the event that occurred at the gala. However, one of the missing voices was that of Ricky Gervais, the actor and comedian who hosted the Golden Globes on more than one occasion, and is known for his comments and jokes plagued with black and twisted humor.

Gervais came out to speak out about what happened the night of the Academy Awards, and defended the joke made by Chris Rock. True to form, the comedian declared that Rock’s joke was not as offensive as it has been claimed.

It must be remembered that Chris Rock’s joke was directed against Jada Pinkett Smith, Will Smith’s wife, who has been wearing her shaved head for some time because she suffers from alopecia, a condition that the actress made public in the past and with the who battles daily.

During the award show, Rock said he was excited to see Pinkett Smith in the sequel to GI Jane (To the Limit) because of her shaved head. The aforementioned film directed by Risley Scott had Demi Moore as the protagonist, whose character wore a shaved head.

“You don’t hit people for a joke, no matter how bad it is, and it wasn’t bad! That was the meekest joke he would ever tell,” Gervais said during a question and answer session he did on Twitter.

“Someone said that he was joking about his disability. Well, I’m getting a little skinny, so I’m handicapped. That means I can park right next to Tesco now. and I’m fat. That’s a disease, right? I am fat and bald. I should make a fucking profit,” the actor joked.

After the unfortunate event of the Oscars, many wondered what Gervais’s comment would have been. The comedian assured that if he had been in Rock’s place he would not have made a joke about Smith’s wife’s hair, but about her boyfriend.