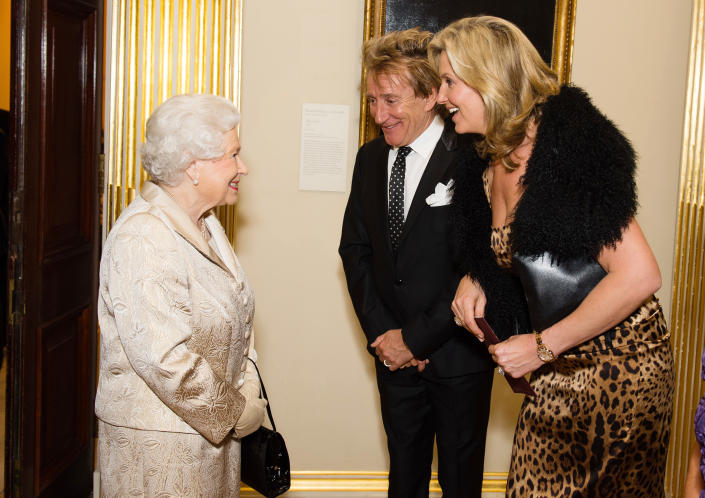 Her Majesty’s coffin is now in London having landed in the city from Edinburgh late Tuesday afternoon and spent the night at Buckingham Palace before being transferred to Westminster Hall around 2 p.m. on Wednesday. and a half. Among the police device that was deployed at the RAF Northolt airport to receive the body of the sovereign, a very famous face stood out: that of the wife of the musician Rod Stewart.

Penny Lancaster started working as a ‘special constable’ with the London Police Force in 2021 after completing her training. People like her are part of the UK law enforcement part-time volunteer section. This unexpected vocation arose from her participation in a television program called “Famous and Fighting Crime”, in which she accompanied agents during their patrols or when they responded to emergency calls.

On Tuesday, the former model and photographer donned her regulation uniform to be part of one of the biggest security operations launched in the United Kingdom since the Olympic Games that the English capital hosted just ten years ago. Her job was to control the crowd that had gathered nearby and at one point she was also seen helping a woman in a wheelchair with a support dog.

Penny has accumulated a large number of hours of service, about 200 a year, and a few months ago stopped a suspected drugged driver. “It’s mainly foot patrol, but I also get a chance to try out other areas like vehicle work or sniffer dog work and also operations like the London Marathon and Jubilee celebrations,” Penny explained of her work on BBC One’s Crimewatch Live programme. “I think being a mother, and in particular having the patience and empathy to deal with teenagers, helps a lot.”

Her famous husband does not fully understand why she decided to complicate her life in such a way just when she had just turned 50 and he worries enormously about the risks that this job entails, although he is reassured to know that Penny is accompanied by other colleagues who watch over her. .