Rumors Suggest Madelyn Cline and Chase Stokes Back Together 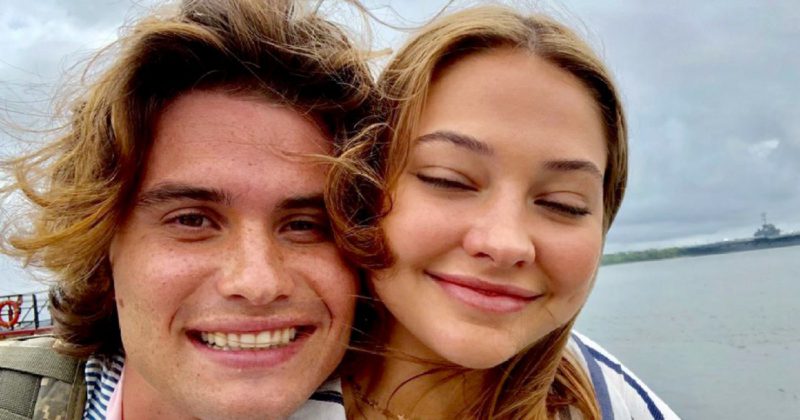 We can totally agree that this year has been quite harsh and tough for relationships especially celebrity relationships. this is also the reason why there have been so many celebrity breakups. Fans were heartbroken when they heard about Chase Stokes and Madelyn Cline’s breakup. Both of them were together spotted on the Tv show on the Outer Banks series the two of them fall in love in the first season despite their different backgrounds.

When the series Outer Banks came out, it completely boosted the audience’s excitement especially with the fact that when Stokes and Cline were also dating in real life. The chemistry between both of them was quite visible in reel life as well as in real life. Both Madelyn and Chase became the “it” couple at this time. This is also one of the toughest decisions for the fans to accept their split. But fans it’s time to rejoice again because if we believe the rumors it is possible that the pair have been reconciled.

According to the reports, there was an Instagram story from a celebrity gossip account where they posted pictures of both Stokes and Cline getting spotted out together. This somehow depicts that the two of them are dating once again. There was also an anonymous tip that was supplied to the account that says Outer Banks stars were seen together in Atlanta, Georgia. When people asked the media portal whether the stars were back together, then the account reported that “Yes, they are back on.”

But of course, we cannot be sure of this news and have to take it with some uncertainty in mind. But we can also trust the rumor coming out from the media portal as their prediction for You stars Dylan and Arnold’s dating came out to be true. In addition to that, we do have evidence in the form of photos that the two actors were hanging out in Atlanta. The picture was shared by a fan on Twitter. Not just this, there’s also a video of two of them together hanging around the DJ booth.

Even though earlier it was reported that both of them have finally called it quits. But this report or rumor of their reconciliation gives us a silver lining that both of them might again get back together. If this happens fans will get a sure-shot reason to celebrate the patch of their outer bank’s favorite couple. For now, we can only keep our fingers crossed and wish that the two of them get back together.

So, we can say that the possibility of the two getting back together is very exciting and we really hope it’s true. Stay tuned to our website as we will keep an eye on this so that we can update you from time to time with every detail. Share your reviews on this rumor. Do you think it’s true? will you be happy if it turns out to be true? answer us in the comments section below.

15 Strangest TV Shows of All Time

Arcane Season 2 Release Date, Trailer and Everything you need to know