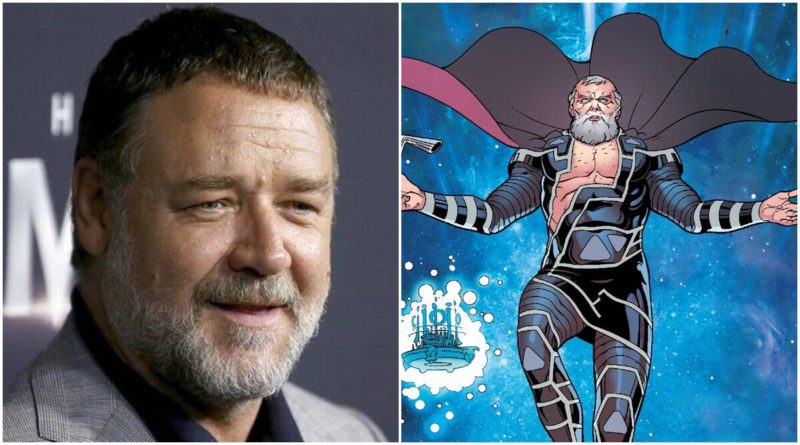 Marvel’s fourth installment of the God of Thunder, directed by Taika Waititi and starring Chris Hemsworth, opens on May 6, 2022.

Thor: Love and Thunder, the fourth installment of Marvel’s god of thunder, continues its filming in Australia. The film, directed by Taika Waititi, re- stars Chris Hemsworth as the god of thunder. There are many characters that will return in this film. This is the case of Natalie Portman as Jane Foster, who will become the new carrier of the Mjolnir. Also Jaimie Alexander as Lady Sif and the Guardians of the Galaxy. The title has new signings such as Christian Bale in the role of the villain Gorr the God Butcher and Russell Crowe. The latter’s character was a mystery. Up to now. It has been the actor himself who has revealed who he plays in the film.

Crowe has participated in the Australian radio program JOY Breakfast with The Murphys in which he has said that he gives life to Zeus. “Now, I’m going to get on my bike, I’m going to go to the Disney-Fox studios … Around 9:15 it should be Zeus in Thor 4,” he says. “It’s my last day of being Zeus.”

Marvel Studios has not confirmed Crowe’s role and the only thing known to date from Deadline is that the actor had teamed up with Thor: Love and Thunder to make “a fun cameo.” Therefore, it seems that the participation of the interpreter in the film will not be too important.

In the Marvel comics, Zeus is the king of the Olympians, a group of characters inspired by Greek mythology. Kind of like the Asgardians, who are based on Norse mythology. Zeus has fought against and alongside Thor, but we will have to wait to find out what role the character plays in the Marvel Cinematic Universe movie.

Thor: Love and Thunder will hit theaters on May 6, 2022. While you wait for news, take a look at the Loki trailer that you will find on these lines. The fiction about the god of deception played by Tom Hiddleston is the next chapter in Phase 4 of the Marvel Cinematic Universe after the end of Falcon and the Winter Soldier. Loki premieres on Disney + on June 11.

‘After: We Fell’ Release Date Is Finally Revealed!