Russell Crowe as a couple, First Red Carpet with his Young Girlfriend 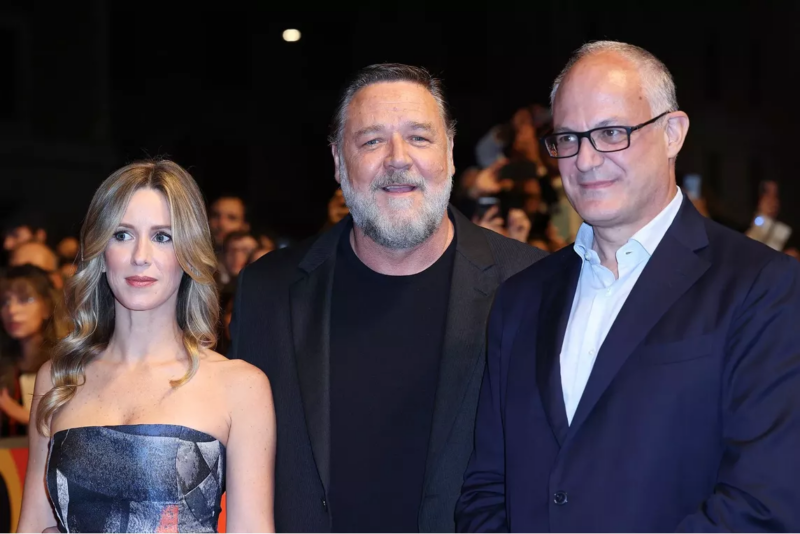 Sunday night at the Rome Film Festival, Russell Crowe appeared for the first time with Britney Theriot, his partner.

For nearly two years, Russell Crowe has shared the life of a certain Britney Theriot. On Sunday, October 16, the 58-year-old New Zealand actor made his first red carpet outing with his girlfriend, on the red carpet of the Rome Film Festival. The star was expected for the screening of his next film, the thriller “Poker Face”, which he co-directed with Stephen M. Coates.

In front of the photographers, Russell Crowe made an appearance all the more noticed because he was in good company. The actor had on his arm Britney Theriot, a former actress who now evolves in real estate. The pretty 31-year-old blonde from New Orleans met Russell Crowe on the set of the 2013 film “Broken City.” However, the couple would have formed only a few years later. A publicized romance from November 2020, with a few kisses exchanged during a tennis match in Sydney.

Before this relationship, the “Gladiator” actor was married to Australian singer Danielle Spencer, from 2003 to 2012. Together they had two sons: Charles and Tennyson (18 and 16 years old).

Karine Vanasse dazzling in a cut-out dress at CAFA 2022