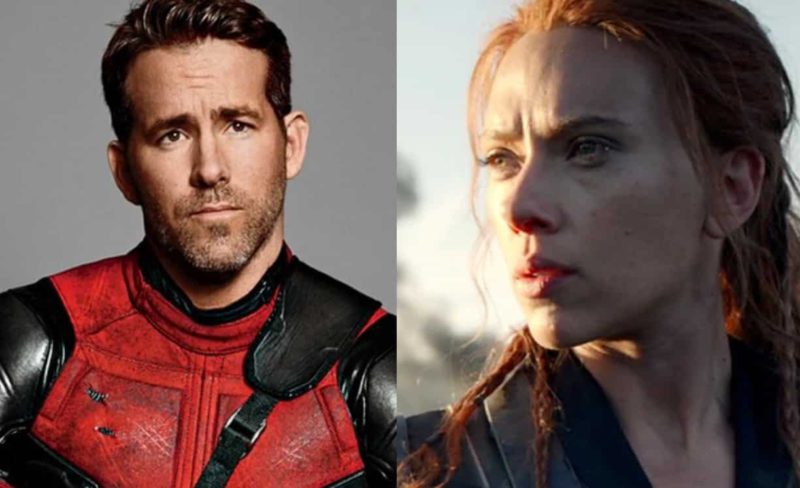 Never to work with his ex-wife Scarlett Johansson for fear of rumors of any relationship between them.

According to writer Daniel Richtman, Reynolds fears that if he does act with his ex-partner, fans will believe rumors of an affair between them or some other malicious speculation that could affect their private lives.

For those of you who may not yet know, Ryan and Scarlett were married from 2008 to 2011, and although their marriage ended in a very amicable situation, and they even have a cordial relationship, the artist who plays “Deadpool” does not want to be in it. Same set as the “Black Widow” actress.

Ryan gives life to the character of Deadpool, while Scarlett as Black Widow in Marvel / Photo: Twitter
Let’s remember that now that Fox belongs to Disney, Marvel has the opportunity to add Wade Wilson aka Deadpool in the following MCU movies.

The story of Ryan Reynolds and Scarlett Johansson.

Ryan Reynolds, 44, and Scarlett Johansson, 36, began dating in 2007 and were married in 2008 in a private ceremony in Vancouver, Canada. However, the relationship lasted only two years.

In 2010 the now ex-couple issued a statement where they reported that they were separating.

Years later, Johansson explained that one of the reasons her marriage to Ryan didn’t work out was because as both actors their lives were too busy.

“Living with another actor is complicated. There has to be a real understanding of how you share your time, especially when the careers of the two people go at the same pace, “explained the actress to Cosmopolitan magazine.

Reynolds is currently married since 2012 to actress Blake Lively with whom he has three daughters: James, Inez, and Betty.

While Scarlett had two marriages after Ryan, as she was married to journalist Romain Dauriac from 2014 to 2017, with whom she had her only daughter Rose Dorothy. And in 2020 Johansson again walked down the aisle but with comedian Colin Jost who is his current partner.

Sky Rojo Star Attacked By Extra On The Sets