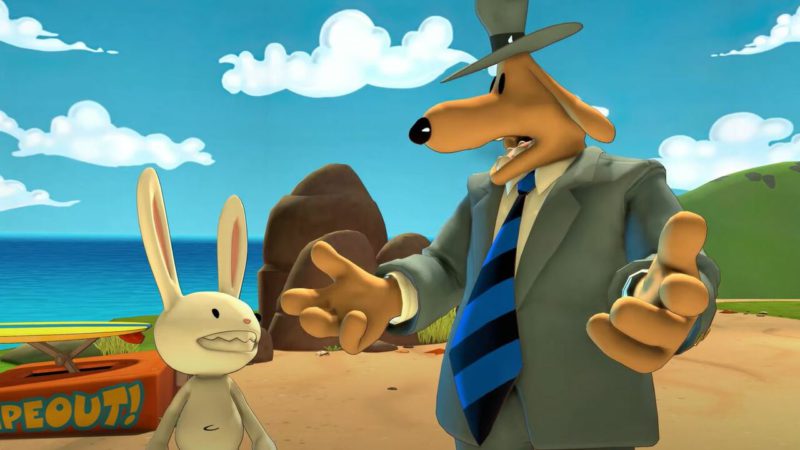 For all the fans out there who loved Sam and Max, it’s time to rejoice because Sam and Max are back to face again the big robots, Santa Claus, boxing rats, and more. Skunkape Games has also released a recent announcement for the trailer of their Sam & Max remaster version named Sam & Max: Beyond Time and Space. This amazing remastered series is being bought by the games after Telltale got closed in 2018.

As per the announcement of the game, Sam & Max: Beyond Time and Space Remastered will be very soon launching on December 8, 2021, for PC, Nintendo Switch, Xbox One via steam. The game that saw its first episode years back in 2007 is going to step back its back and will release on December 9, 2021. In the press brief announcement along with the trailer of the series, everything was announced from the product features to other new addons that were added to the film. The new changes as per the brief announcement that has been added to the game are cinematography, music, audio, optional driving mini-games, lip-synching, driving mini-games, and subtitles for Italian, german, french, English, and Spanish. All these changes were put in place in line with the new modern standards.

About Sam & Max: Beyond Time And Space

Sam & Max: Beyond Time and Space is a remastered version of the previous Sam & Max game that was originally created by Telltale. It is based on the comic book series of the same name. The story revolves around Sam who is a six-foot canine detective who has a nose to serve justice to all. On the other hand, Max is a hyperkinetic rabbit creature who has a taste for mayhem. Both of them will take on interconnected cases in a tale that will have a total of five episodes. The adventures they will be covered would include a giant volcano, Santa Claus himself, and many other more improved versions of the characters with technologically advanced lighting and there will be also some re-recorded dialogues in it as well. In short, both of together will be a team of freelance police that has its own way of crime-fighting style.

Official Synopsis Of Sam & Max: Beyond Time and Space

In this five-episode collection of linked cases, the Freelance Police are back on the crime beat in a showdown with Santa Claus, a race to subdue a giant volcano, and a face-off with a Eurotrash vampire. And then things get even weirder. Zombies will dance. Mariachis will sing. A giant battle robot will trash the streets. And when their friends’ lives are on the line, Sam & Max will risk their very souls to set things right.

Sam & Max: Beyond Time and Space is very soon going to launch on December 8th. It will be available on almost all gaming platforms. Here’s the official announcement trailer.