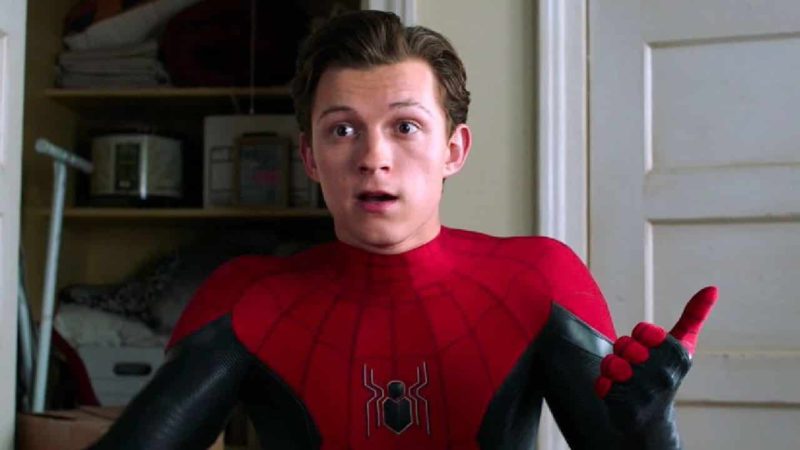 Tom Holland was just 19 years old when he first appeared as Spider-Man and just like that he became his generation’s biggest leading man. After all these years Tom holds one of the biggest keys to the Marvel Cinematic Universe. Now when the screenwriting team recruited to work on 2017’s Spider-Man: Homecoming hardly six months before production, their main attention was not on the web-slinger but was on the film’s villain Adrian Toomes.

Thankfully, Mckeena and Sommers’s efforts on Homecoming ended up becoming the five-year odyssey with the friendly neighborhood web-slinger. They are the solely credited screenwriters on 2019’s Spider-Man: Far From Home and the anticipated one Spider-Man No Way Home that will be released worldwide on December 17. The screenwriters also felt the need to bring on 2019’s chapter are to a close.

While shooting a scene where Peter and his classmates were leaving for a school event, the two of them found themselves proposing a confrontation during the truck robbery. The proposal to director Jon Watts and producers Kevin Feige along with Amy Pascal would bring an established plan for what is going to happen after the kids will arrive.

Getting the Inside Track on ‘Endgame’

When the writers for the movie began working on Far From Home, especially after the release of Spiderman Homecoming in 2017. Now, they had to be briefed about Avengers: Infinity War and Avengers Endgame quite earlier before they were released.

The phenomenon of the Blip was brought up to the writers to play with what it would be like for Peter and most of his friends.

“We were really, like all the ‘Spider-Man’ movies, coming at the bigger things from the ground level,” McKenna says. “What was the fun? What would that look like? How would that affect school? Some of the kids would have aged, some of them are still the same age.”

Holland might only be 25, but lately, he has now started to feel the toll of years on how he has been swinging around on wires. There are also times when Holland’s exuberance he used to takes on more than he actually should. While looking back we realize how Tom Holland probably burned out for a long time. Tom Holland himself recalls the press tour of Spider-Man: Homecoming in which he traveled to 17 countries where he was doing all backflips and junkets on request.

Read Also  Tom Holland To Get Another Trilogy After Spider-Man: No Way Home

The alternative universes massively get into “No Way Home” in which Peter and Doctor Strange confront all the villains from two sides that are “Spiderman” realities. However, the writers brainstormed many different storylines outside of the multiverse that includes Spidey nemesis Kraven the hunter. There was also a brief Schism between both Sony and Disney that are over the character that means Tom Holland’s Spider-Man could no longer live in the Marvel Cinematic Universe that caused Sommers and Mckenna to get creative.

McKenna says in his statement: “We were taking meetings about it, and going, ‘Well, what would this movie be if it wasn’t in the MCU?’” It was like any time you have a limitation thrown on you,” adds Sommers. “Then it creates possibilities and spurs all sorts of creative discussions. Fortunately, they came to their agreement before we were too far down any road, and we were able to jump right in with the old team.”

With every draft that became for No Way Home both Sommers and McKenna always maintain a throughline in all three films. Sommers says: “You feel like he’s settling in, comfortable in his skin, and then boom, it all gets completely blown up because his identity is revealed,”“So now he has to, again, struggle with what it means to be Peter Parker, what it means to be Spider-Man,” McKenna adds with a laugh. “It’s like therapy, talking about this stuff!”

So, this was how screenwriters portrayed their journey of Tom Holland as Peter Parker. The latest movie by the franchise is also almost here. Spider-Man: No Way Home is all set to release in theatres. Do let us know will you be watching it? what are your expectations? Answer us in the comments section below.