Selena Gomez relives traumatic memories that made her think about suicide 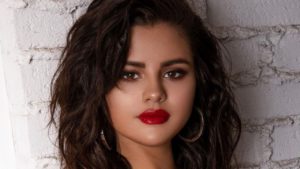 The American singer Selena Gómez (Texas, 1990) stars on the new cover of Rolling Stone, a magazine to which she gave an interview and claimed to have gone through up to four therapy centers since the age of 20 and that, although she never tried to end her life, she contemplated suicide.

“I think, when I got into my 20s, I started to feel like I wasn’t in control of what I was feeling … I thought the world would be better if I wasn’t in it,” the “Only Murders in the Building” star revealed.

Gomez also confessed that she suffered to try to get rid of her artistic image – linked to the Disney industry – and that she was also distressed by the idea of being single at age 25.

“I grew up thinking I would be married at 25. It shattered me to see that I wasn’t even close to that. In fact, I couldn’t be further away,” he said.

In this line, the artist was honest and blamed the causes of her mental health problems and her unhappiness to the fact that she did not fit into “impeccable groups of famous girls”, since her “only friend in the industry” was and is the singer-songwriter Taylor Swift.

“I thought, ‘Do all these material things make me happy?’ I didn’t really like who he was because I didn’t even know who he was,” said Gomez, who after 2018 was diagnosed with bipolar disorder.

This caused added problems because, according to the aforementioned magazine, they made her dependent on various drugs and medications.

“I had to detox and I had to learn to remember certain words because I even forgot where I was. I had a hard time accepting that I was bipolar and learning to deal with it because that wasn’t going to go away.”

The Texan singer premieres this Friday on Apple TV + “Selena Gomez: My Mind & Me”, a documentary in which she talks about these emotional ups and downs and how the weight of the spotlight and her brilliant success in social networks made a dent in her mental health.

Angela Aguilar confesses why she wears her hair short and it’s not because of fashion!