Selling Sunset Season 5 Release Date and Everything we know 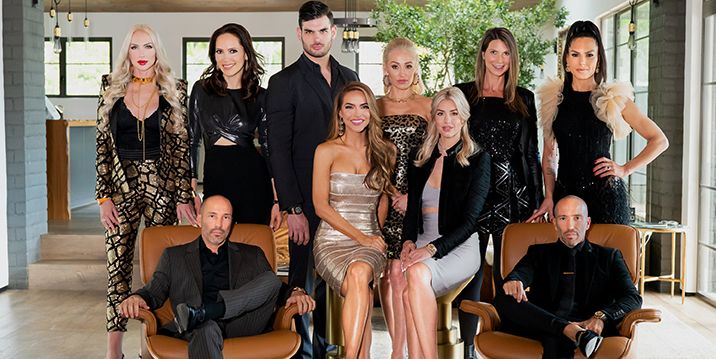 Yes, you heard that right Selling Sunset season 5 is finally happening and this news has also been confirmed by the makers. Although season 4 has not been released yet it’s coming this month, and the cast members themselves have confirmed the news that there is, even more, to look forward to after season 4 of the series.

Now as season 5 is also on the way you might be quite curious to see more fancy houses, dramatic scenarios and so more so this is by far the best news for you. In addition to this if you are a true fan of this series want to know everything we know about Selling Sunset season 5 then read on further.

When was Selling Sunset season 5 confirmed?

The streaming giant Netflix confirmed the arrival of a fifth season of Selling Sunset back in March 2021, but this news came after the hit docusoap had been renewed for the two new seasons that is seasons 4 and 5. The cast also took it to Instagram to celebrate their happiness at the beginning of production for season 4 in May the same year. Although the filming has not begun for season 5 we can expect it to start at the same time as season 4.
The real estate agents also shared numerous pictures from the set along with Mary Fitzgerald posting a snap alongside her fellow agents with a caption.
“We’re back baby! Selling Sunset Season 4 & 5 coming to you so so sooooon!!! ⭐️🎥”
Mary’s caption suggests that series 4 and 5 were shot in conjunction and we can expect the series to follow a storyline that will be very closely related to one another.

Who will star in Selling Sunset season 5?

As there is not much information about Selling Sunset season 5 we are not exactly aware of the cast yet. But given that the filming for both seasons 4 and 5 have taken place at the time, we can expect the two series to feature majorly the same cast they had in the previous seasons.

In addition to that, the streaming giant also announced that there will be two more new real estate agents who would be joining the show for season 4.  The tweet back then from Netflix mentioned:

“Selling Sunset fans, those Oppenheim couches are getting a little more crowded in Season 4. Vanessa Villela, a Mexican-American novel star turned real estate agent and Emma Hernan, an entrepreneur who has an interesting history with the ladies have joined the cast.”

We can expect both Vanessa and Emma to be back for the fifth series as well just like the fourth season.

When will Selling Sunset season 5 be released?

The release date for Selling Sunset season 5 has unfortunately not been released by the makers yet. But the good news is that season 4 of Selling Sunset is very soon being dropped by Netflix on 24th November. Season 2 and 3 were released pretty close to their succession. One series was dropped in May 2020 and the next one in August the same year. So we are hoping to see a similar gap between the season 4 and season 5 release dates. But it’s better to take this news with a grain of salt until we get a proper announcement.

Another great news is that Jason Oppenheim also recently confirmed that a Selling Sunset spin-off show about his Orange County-based estate agent is also being thought about. It has also been titled Selling the OC, so we have something more amazing to look forward to as well.