Shingeki no Kyojin season 4: who is the daddy of Historia’s baby? 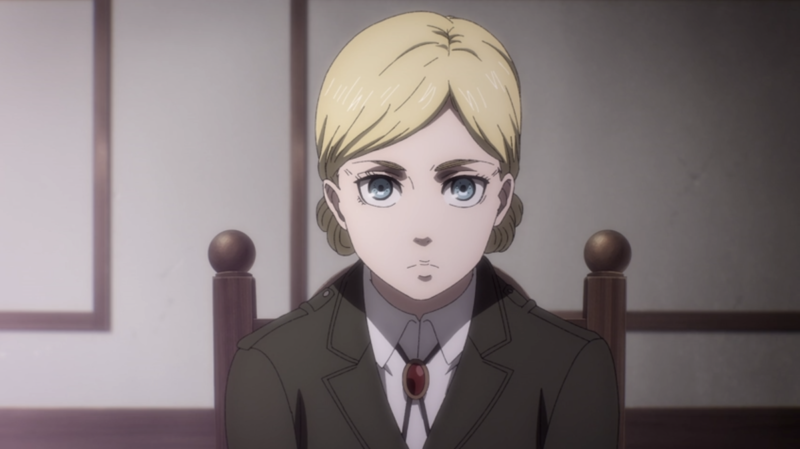 The final season of Shingeki no Kyojin already showed us almost all the main characters after a four-year jump in the plot, taking as a reference the occasion when the Exploration Corps reached the sea. However, of all of them we needed to see someone: Historia Reiss.

Finally, chapter 69 of the anime, “Solid Arguments” revealed the status of the queen of the walls. History Reiss is pregnant and seems very close to giving birth. But what happened to her? Did you get married in these four years and decided to start a family? Or is your pregnancy due to other reasons? We explain what happened.

Why are you pregnant?

As revealed in the previous chapters. Zeke Jaeger made an Alliance with his younger brother, Eren Jaeger, and with the Island of Paradis, to collaborate in the liberation of Erdia in exchange for asylum on the island for the year that he had left to live. One of his conditions was that more “real people” began to be born, who like him, had royal blood as they were direct descendants of the Fritz kings, who were called Reiss on the walls.

That is, History had to have children and then inherit the Titan Beast, so that 13 years later it would pass to one of its descendants and thus continue with the same story for at least 100 more years. At first, Eren and the rest of the Legion members were opposed to the idea of ​​using the queen as an “incubator”.

And to prevent Zeke from gaining access to the power of the founding titan or pursuing his own plans in the year that remained to him, the island’s higher ups decided that once the eldest of the Jaegers set foot on their lands, he should be devoured. by History. But, this was not possible. Why? Because the queen was already pregnant and to inherit the Beast Titan, she first had to transform into a pure Titan, which would kill the baby in her womb and no one could risk losing her as she is the only person of royal blood left.

In the manga and anime it is hinted that “someone” told Historia the plans of the higher command and advised her to get pregnant to avoid becoming the bearer of the Titan Beast. The Military Police believe it was Yelena, to save Zeke from being eaten; but the reality is that in manga 130 it is revealed that Eren himself went to talk to her to warn her of what the high command of the military was planning. He did not want her to become an “incubator”, but finally, she decided to be a mother to avoid devouring Zeke at least in those months, because the same chapter shows that the idea of ​​having a child was hers.

Who is the father?

The anime and manga are very clear about it. The queen’s pregnancy is revealed with the scene in which she is sitting, at sunset, in her house and a man approaches to ask her to come in and take better care of her health.

Later, in a conversation between the Military Police, the state of history is discussed and one of the soldiers criticizes her for having become pregnant with a man “with whom she did not even marry.” Nile comments that it is not a matter of state to interfere with the monarch’s relations, in addition to the fact that they have already investigated the father of her baby and found “nothing wrong with him.”

It is revealed that he is one of the men who collaborated with the orphan house that Historia managed and that he went to work there due to his remorse for having treated the queen badly in her childhood. This subject lived near the farm where she resided in her early years and used to throw stones at her and bother her, “to get her attention.” There is no name, not even a defined face, neither in the anime nor in the manga, so among Latin American fans of the work it is common to be called “Farmer” or “Farmer-kun”.

However, it must be said that this paternity is something of the most questioned in history. Many fans of manga and anime, in this region of the world and in others, assure that the “Farmer” is just a facade to hide who would be the real father of the baby who carries History in his womb.

Among the names that were handled were Zeke Jaeger himself and even Floch Forster, but the rumors point more strongly to one side: Eren Jaeger. The reasons for believing that there is a romantic relationship between them, or at least mutual feelings, are due to the various interactions that both have had throughout the manga; Mainly, since the queen stopped being Krista Lenz and became Historia Reiss.

Eren and Historia became friends in the Resurrection arc, when the young woman revealed her true identity and accepted that good old Krista Lenz was just a character she had invented to look good to others. The protagonist confessed at that time that “now (she) liked him more”, that is, the true story with all its defects, and his face of being fed up with life, due to the dramatic story behind him, with the rejection of her mother, who was killed in front of her.

Other cartoons in the manga show Eren blushing in front of the Queen, smiling to see her happy; telling her that she is wonderful – making Mikasa jealous and making the blonde blush – pointing out how strong she has become before Erwin Smith. In the last chapters we have seen how he has been violently opposed to her being used to create more real people because “he does not want to sacrifice History.” But come on, this he would do for any of his close friends, whom he has always shown wanting to protect at the expense of whatever. Of course, the young man’s reaction when Hange mentioned this to him was one of enormous fury that shows that the queen matters a lot to him, be it as a friend or as a couple.

In the aforementioned conversation where Eren reveals to him the military’s plan to have him devour Zeke immediately, we also see the protagonist tell him about the Rumbling of the Earth and offered to erase the queen’s memories if she couldn’t deal with. sadness … why would the world be destroyed or by something deeper? Attention, this speaks a lot about the degree of trust that existed between the two, since Eren’s true intentions, of using Zeke to activate the Rumbling of the Earth, were only known by two people: Floch Forsters and History itself.

On one occasion, Historia told her friend that even if the world was against her, she would always be her ally and the sadness of losing a friend must be very great, as well as losing a partner, don’t you think? In addition, the fact that the queen has a very sad face when she meets the “Farmer” has made many think that she is not in love with him, although this does not rule out that he is the father.

Historia was able to follow Eren’s plan, getting pregnant with him or the “Farmer”. The royal baby would be born whoever the father was, since the one who owns the Fritz / Reiss lineage is her. Following the official version, the queen was able to choose this young man because, seeing him work all these years, she gained his trust and decided to “use” him to have her baby, whether she was in love or not, unfortunately, it does not matter this time .

Concluding: officially the father of the baby in Historia is the “Farmer”, so the manga said, so the anime said; and that’s the way it will be unless in the remaining two chapters of the manga, Hajime Isayama says something else.

In more about the anime’s final season: what relationship did Nikolo and Sasha have? and this detail suggested the alliance between Zeke and Eren for several chapters.

2 thoughts on “Shingeki no Kyojin season 4: who is the daddy of Historia’s baby?”

Shingeki no Kyojin season 4 episode 10: when and what time can it be seen?