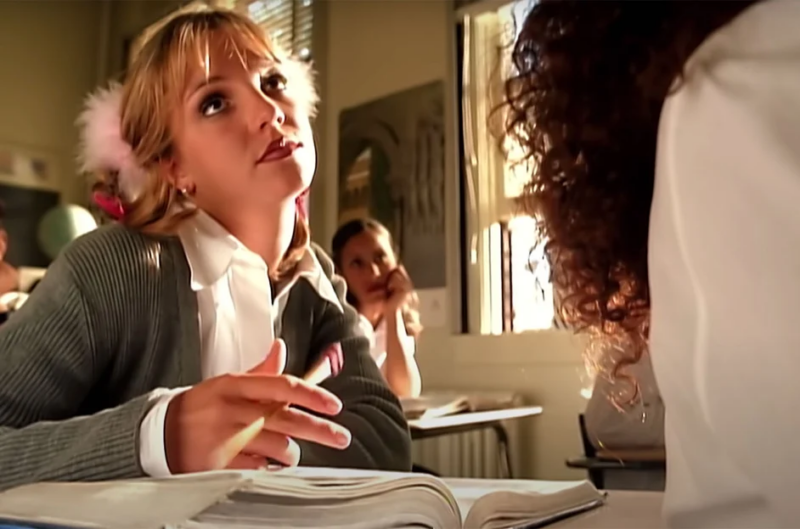 When music producer Max Martin wrote the song ‘Baby One More Time,’ he had R’n’B girl group TLC in mind, who turned it down because by the time it was ready they had already finished their third studio album. By whims of fate, just at that moment a very young Britney Spears flew to Stockholm, Sweden, to work with him, so she offered to keep the song and she accepted delighted because she was convinced that it would be a success.

However, history could have been very different if Martin had not been a man of his word. After reaching an agreement with Britney, the song found its way into the hands of music mogul Simon Cowell, who became obsessed with it and was willing to do anything to get it.

“I told him: ‘Max. Please, please, give me this song,'” Cowell acknowledged in an interview on the Howie Mandel Does Stuff Podcast. “But he told me that he had promised it to someone else. I said, ‘I’ll send you a Mercedes, literally a Mercedes 500 SL, if I can get my hands on this song.’ And he kept insisting that he had promised her to someone else.”

Simon was obviously curious and wanted to know who the artist was whom Martin was rejecting him for. Learning that his competition was actually a virtually unknown former Disney child star. “I said, ‘Max, let me give you some advice. No one with a name like Britney Spears is going to make it.'”

It’s fun to imagine what Britney’s life would have been like if she had never recorded that famous song. Of course, she wouldn’t have outgrown her Disney stardom as quickly as she did as soon as her single came out, nor would she have made it fashionable to tie shirts around her waist to show off her belly button. she.

On the other hand, there are those who are convinced that it was fame and money that ended up indirectly causing the nervous breakdown that was used as the main argument to place the singer under legal guardianship from which she was not released until last year. In any event, that anthem forever marked her career and made her the undisputed princess of pop.

Maluma gives a house to a child with cancer