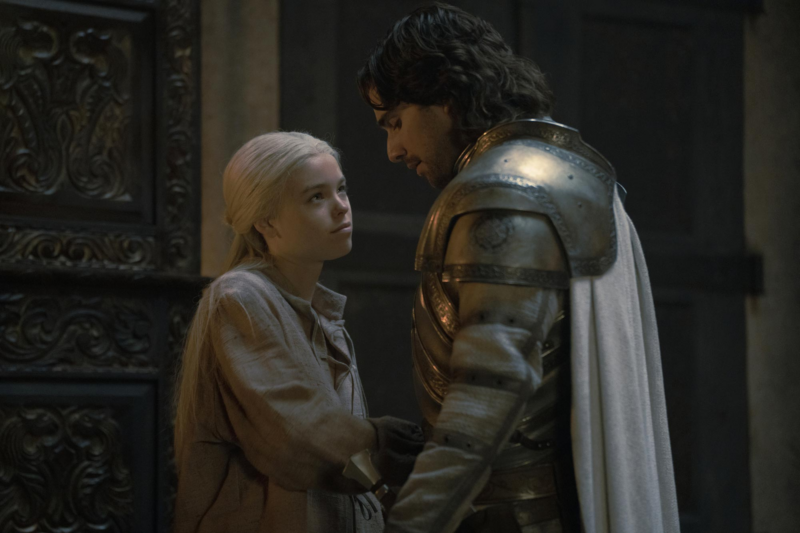 Before the premiere of the series, the producers of ‘House of the Dragon’ promised that they would approach sex in a completely different way than ‘Game of Thrones’ did and that the plot would not include gratuitous sexual violence against women for the that its predecessor was criticized so often.

Another novelty has been the incorporation of intimacy coordinators to the team to avoid repeating unpleasant experiences such as those experienced by Emilia Clarke on the set of the first seasons. The actress who gave life to Daenerys Targaryen recognized years later that she had no control over the scenes in which she appeared nude or in which her character was the victim of rape.

This change has been noted in the process of preparing the most delicate moments for the cast, and from here the spoilers for the fourth episode begin. Princess Rhaenyra Targaryen sleeps with her protector Ser Criston Cole, and actors Fabien Frankel and Milly Alcock took months to agree on exactly what they would do on camera.

“It was something we talked about for seven months. It was one of the first things I really wanted to talk about. We were incredibly lucky that that episode was directed by Clare Kilner, who I think is one of the best directors on television. today,” Fabien told Entertainment Weekly’s ‘West of Westeros’ podcast.

His goal was to show sex between two people without much experience. One of the keys to achieving this was not shying away from awkward moments, such as the amount of time it would have taken for a knight to take off his armor, which would have been a real battle on its own.

“Anyone who’s had sex will tell you it’s not that pretty. It’s not aesthetic and amazing. It’s uncomfortable, especially when you’re young. There’s an awkwardness you have to get used to, and there’s a process of discovering and understanding your body. on the other, not to mention the practical side of the whole thing,” said the actor.