Sky Rojo Star Attacked By Extra On The Sets 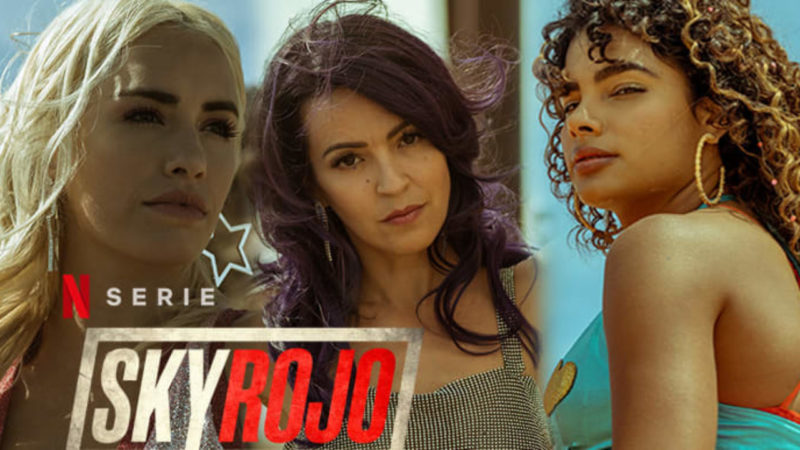 Sky Rojo is one of the last Netflix original Spanish series to hit the streaming platform. The filming of some fictional scenes, created by Álex Pina and Esther Martínez Lobato, has been a challenge for the cast, it has even left them the occasional war wound, such as the actress Verónica Sánchez during the sequence in which crawls into the pool. But she was not the only one, her partner Miguel Ángel Silvestre was attacked by an “extra” during the recording of a scene that you might never have imagined.

During one of the interviews offered by the Netflix YouTube channel, the cast has been sharing some of the curiosities about the development of the bloody scenes of the title. In the case of Silvestre, he tells how it was to shoot the sequence in which, together with Coral, he meets an abandoned dog and picks him up from the road. Although in the series this moment is touching and the canine seems docile and charming, not everything is what it seems.

Actually, the dog that appears at that moment is not the one with whom they were going to make the scene in the beginning. The first option was a water dog, something that surprised the actor, and made him consult with the handler, who was on the set if this breed was the most suitable for this particular sequence. Ten minutes after starting to shoot, Silvestre asks for prizes (sweets) to start playing with the extra dog. ” You already know how the issue of energies works with dogs, ” says the interpreter. But it seems that that tactic didn’t quite work for him.

“Now is the time to roll. I pick him up and when I’m saying the text to Coral, the dog bites me here (on the cheek). I react at the last moment and I go pale.”

After this incident, the production team had to get going to find a new candidate, the definitive one and the one that we can all see in the scene of the series. “They gave me a dog that you would put your hand on and it would never bite,” Silvestre admits. Such was the interpreter’s connection with his new four-legged companion, that he even asked to be able to adopt him and stay with him, however, the dog already had an owner and it was impossible.