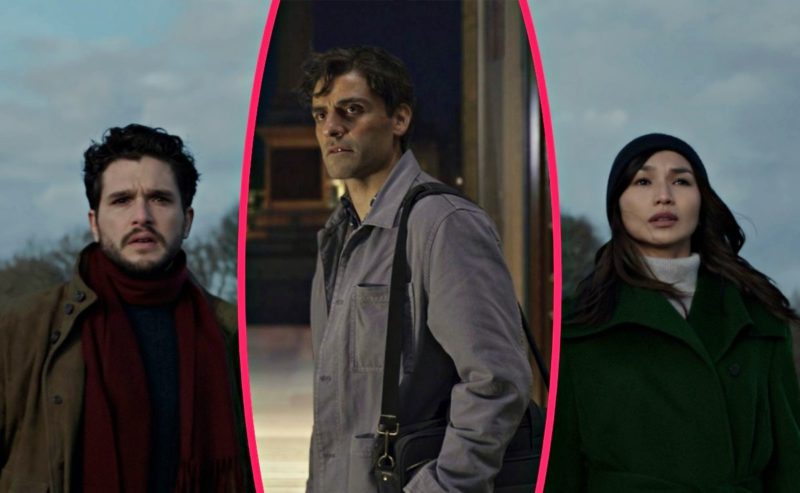 Starring renowned actor Oscar Isaac, the new Marvel Studios series, ‘Moon Knight’, is one of the hits on the Disney+ screen, and as its story progresses with the premiere of each chapter, some fans begin to make theories about his future, which could be connected with ‘Eternals’, Chloé Zhao’s film.

Although the ‘Moon Knight’ series seems to be completely disconnected from the Marvel Cinematic Universe, it is impossible to ignore that it is set in the same world as The Avengers, although it should also be noted that the plot takes place in London and other European countries. , and not in New York like most of the MCU story.

It might interest you: Moon Knight: Oscar Isaac is not “handcuffed” to Marvel

It is precisely in the location where the possible connection with ‘Eternals’ is found, specifically with the powerful Sersi, who has been residing in this place for the last few years and could have once met Steven Grant, but in reality the strongest connection is with the intrepid Dane Whitman.

It might interest you: “It would be chilero”: Oscar Isaac on the UCM Midnight Sons

Starring the renowned actor Kit Harrington from the series ‘Game of Thrones’, Dane Whitman appears as a secondary character in the movie ‘Eternals’ however in the comics he is also known as the Dark Knight or the Black Knight, who cuts an imposing sword black and becomes a vigilante like Moon Knight.

Interestingly, this character appears in London, and works in a museum, just like Steven Grant, so the idea that the two of them may meet and at the end of the series a reference to it or even a surprise appearance is not so far-fetched of the actor Kit Harrington, who at the end of ‘Eternals’ appears about to take the ebony sword.

‘Moon Knight’ would be the beginning of the Midnight Sons

It is unknown when Kit Harrington will return to the UCM, but since he stars in the post-credits scene of ‘Eternals’, it is a fact that the future will take him back to the house of ideas to bring the superhero Dark Knight to life, who could team up with Blade, the mysterious voice heard in this exciting scene at the end of the film’s credits.

However, Harrington’s character could also connect his story with the ‘Moon Knight’ series to make himself present as the Black Knight against the Moon Knight and begin to form the group known in the comics as the Midnight Sons, which could well be led by Blade the Vampire Slayer, who will star Mahershala Ali in his already confirmed solo film.

The Boys: The Reason Fans Consider This Episode The Worst