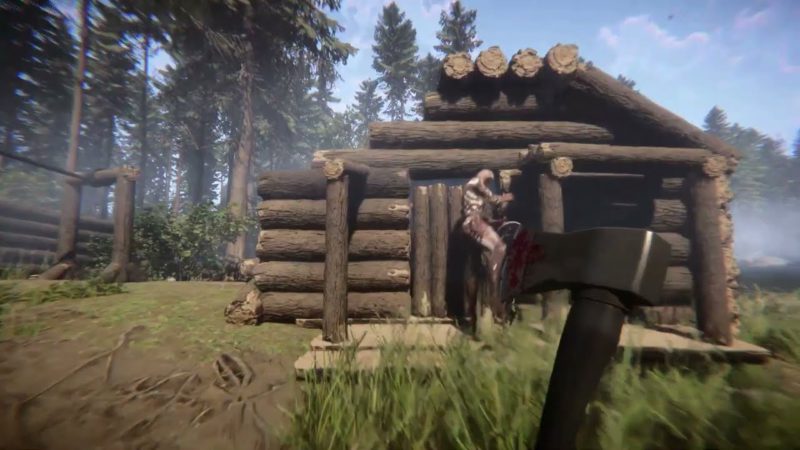 It was revealed in the year late 2019 when the rumours speculated its release date and all the other information. At present there is not very much information available out there right now, it remains still a title that many of the fans are chomping at the bit to play.

The original game was previously released back in 2018 for Playstation 4 and Microsoft Windows. Now as per the reports the new sequel of the game is coming and all the fans are hoping that it will take the excitement of the fans to huge levels just like the first series of the game. So we are literally wishing that Sons of The Forest turns out into something special.

Sons of the Forest release date

According to the recently released developer’s trailer, The Sons of the Forest release date will release on Friday 20th May 2022. The game got recently delayed into 2022 and there were also some thoughts that we may not get it until much later in the year. So it’s a piece of confirmed news from Endnight Game that the game will be released next year in the summer season.

Sons of The Forest Story Details

As we said, we have very little information about the story details but we have collected as much information we could. Even though it is unclear how big a role story will play in Sons of The Forest but the trailer from the developers has shown fans tremendous actions that leave a character stranded in a dense forest.

There are also chances that there might be a spooky lady who could suggest a narrative thread to follow. So we will be dealing with a thinner story that completely relies on the environment to give context to other players’ actions. So until the makers share some new ideas and glimpses we can only guess the story details.

Sons of the Forest Gameplay

Now if we talk about the gameplay, Sons of The Forest quite looks like one of the greatest hits of its genre. As they have added some horror into the gameplay, it becomes even more exciting. The horror exploration part will include cannibals, mutants, and any other forms of humanoids that have a single intention that is to harm you.

Read Also  Getting Paid to Play: 6 Steps to Becoming a YouTube Gamer

The player will have sticks, tasers, guns and crossbow to fight them off and when you are not fighting you will be engaged in some other types of tasks. One very promising thing we noticed in the gameplay was the improved visuals that add extra detailing to everything. The third trailer of the game also showcases amazing combat against the different monstrosities with new weapons.

What platforms can I get Sons of the Forest on?

The Son of the Forest game has been under the wraps for most of its part, but as per our speculations, there is a very slight chance that you might end up playing the game on PC. However, we are expecting the game to be available for PS4 and PS5 consoles later on.

While Microsoft Windows was the first one who originally owned the game but it got transferred to Playstation afterwards. So there has been no official word from the developers about which platforms it will be available. but we are hoping apart from the ones we mentioned above, it might also make itself available on Xbox or Nintendo Switch.

Read Also  Why Open Back Headphone is Good for Gaming

Sons of the Forest Trailers

The very first Sons of The Forest trailer was debuted at The Game Awards in 2019 and the trailer met with lots of excitement due to its creepy and unsettling tone. However, the details given in the game were quite vague. As of now, there have been a total of three trailer releases for Sons of The Forest. You can watch them all below:

The last and official trailer is one in which the release date for the game has been confirmed by the makers. The trailer also gives us glimpses of how the game is going to be super exciting with its new highlighted tones and weapons. so this was all the information which we had about the Sons of The Forest game, as soon as any important information comes from the makers will surely update you with everything.

So stay tuned to our website and do share with us your reviews and speculations about the game in the comments section.