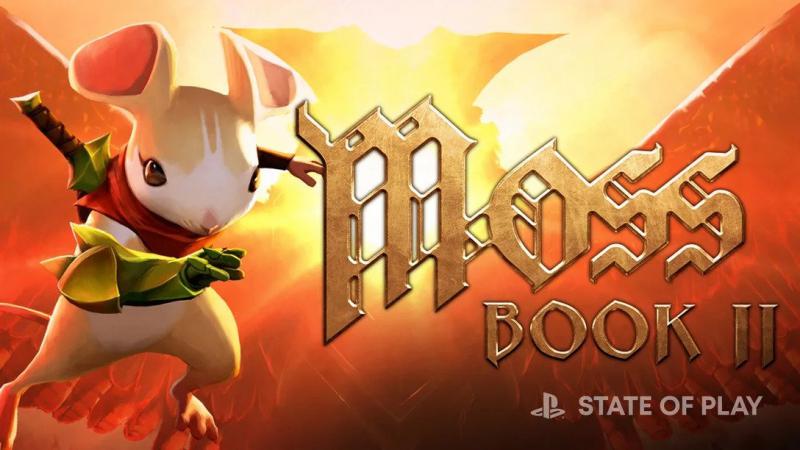 Sony and Polyarc have released Moss: Book 2 the sequel to their 2018 PSVR hit. It combines puzzles, platforming and combat and gives you a great sense of being in the real world with PSVR. The original was a huge success. However, the sequel will be available on PSVR. No release date has been announced.

IGN spoke with Josh Stiksma, Polyarc’s director of design. “One of our biggest pieces of feedback was that players wanted more,” he said. “They wanted to spend more time with Quill, therefore this game will be bigger,” Polyarc design director Josh Stiksma told IGN. Stiksma cited one example of how the player will have a greater role in the game’s world. As an example, Stiksma said that the player could reach in and grab a vine to make a bridge for Quill. Check out the trailer above and the screenshots below.

Stiksma did not answer my question about PSVR2, but he was coy about it. He said that although there is no release date for Moss: Book 2, it could be released as a PSVR 2 title. However, Stiksma insists that it is a PSVR 1 title. He did hint, but it was not clear if the PSVR adapter would work on PS5 as well. This is similar to Moss 1.

Read Also  Sam & Max: Beyond Time and Space Remastered' Announced With Trailer and Release Date
Let’s get back to Moss: Book 2. This book picks up exactly where Moss 1 left off. Polyarc continues to build upon the foundation that Moss 1 laid. Stiksma stated that Quill and the relationship you have with her are the core pillars of our game. “We will be working to build that connection. We want you to feel more emotion.”

Respawn has announced a new event for Apex Legends