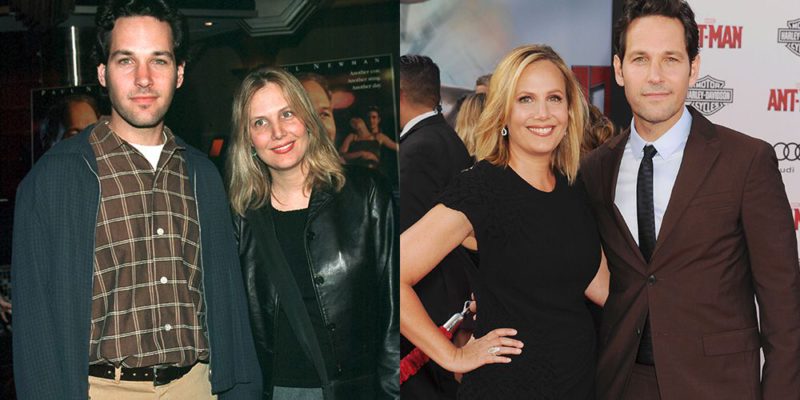 Marvel actor and Paul Rudd have been married to Julie Yaeger since 2003. Both of them have two kids together: Jack Sullivan Rudd and Darby Rudd. Yaeger also works in Showbiz behind the scenes. She is a famous screenwriter, producer, and former publicist.

Rudds has had quite the fictional love life in all of his acting roles. He was also paired with Alicia Silverstone in the 1995 Clueless movie. He partnered with Eva Longoria for the 2008 rom-com Over Her Dead Body. He was engaged to Rashida Jones in character in 2009’s I Love You, Man. He was paired with Leslie Mann in both knocked up and This is 40. In the Ant-Man films,  he also forms a relationship with Evangeline Lilly’s Hope van Dyne/wasp.

Rudd was also married to Jennifer Aniston’s character in the year 2012 comedy Wanderlust. He also had previously starred with Aniston in the 1998 rom-com. The object of My Affection. But his real-life relationship has been very much enduring.

How Did Paul and Jule actually meet?

According to the reports from our sources, Rudd met Yaeger soon after his breakout role as Josh in Clueless. After Clueless, Rudd moved to New York City and landed himself a new publicist. Luke Criswell. His future wife worked at the publicist’s office.

Rudd arrived in the city and was late for his audition. he went to the publicist’s office with all of his luggage. there he offered Yaeger to take care of his luggage until he completes his audition. After a few days, Rudd asked Yaeger if she would like to go on a lunch date with him. And that was the ultimate beginning of their love story.

Both of them got married in 2003 after several years of dating. Rudd was also making a good name for himself in Hollywood. he was getting several big roles like in Friends and many other series. Rudd and Yaeger have also worked together and wrote the screenplay for Fun Mom Dinner which is a 2017 comedy film. Here Rudd served as an executive producer on the film project.

Now, Rudd and Yaeger are nearing a major milestone: their 20th wedding anniversary in 2023. In the same year, the third installment of Rudd’s Ant-Man is also set to premiere. Along with that, in November 2021 his Ghostbusters Sequel is also set to release. Let’s wish the couple lasts forever and all our best wishes go straight out to them.