Star Wars: the Bad Batch confirms these characters for the Disney + series 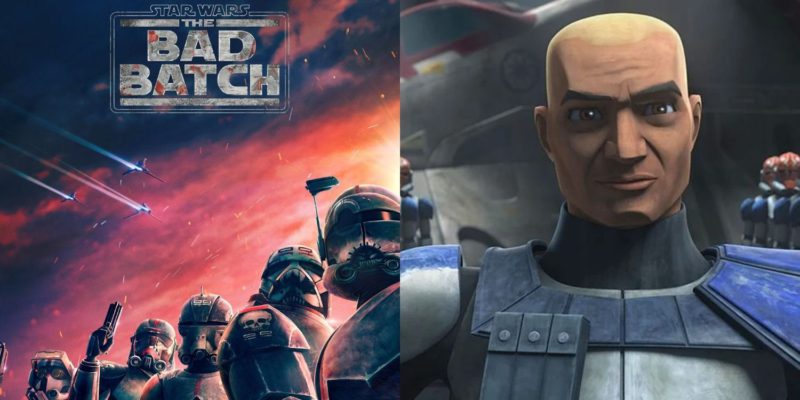 Following the recent reveal of the web series with an incredible trailer, Star Wars: The Bad Batch will debut on Disney + with a 70-minute episode that brings well-known characters from the saga back.

Among the confirmed characters of the new Star Wars universe series are Grand Moff Tarkin, one of the franchise’s most iconic villains, Fennec Shand, a bounty hunter from The Mandalorian, Saw Gerrera from The Clone Wars.

One of the most beloved characters from The Clone Wars will make his return in Star Wars: The Bad Batch, we mean Captain Rex one of the most famous and beloved clone troopers who also had a great role in Star Wars Rebels as well.

Read Also  Kim Kardashian And Maluma Romance Rumors! Here's What You Should Know!

As we recently informed you, the streaming platform has surprised by adding retro Star Wars content to its catalog, such as the two live-action films of the Ewoks from the eighties as well as two seasons of the animated series Star Wars: Ewoks.

However, what has caused the most surprise has been the addition of ‘The Story of the Faithful Wookiee’, an animated short famous for being the first appearance of Boba Fett in the Star Wars universe and that was kept in the ‘dark’ due to it was part of the fateful 1978 Christmas special that was never released commercially.

Thus, Star Wars fans subscribed to Disney + have more than enough retro content from the franchise to enjoy while they await the arrival of the Star Wars: The Bad Batch series. In La Verdad Noticias we will closely follow the news of the platform to bring you the latest.

Will Millie Bobby Brown return to Godzilla in a new movie?