“Stop saying you tolerate us”: Victoria Alonso, president of Marvel, raises her voice against Disney 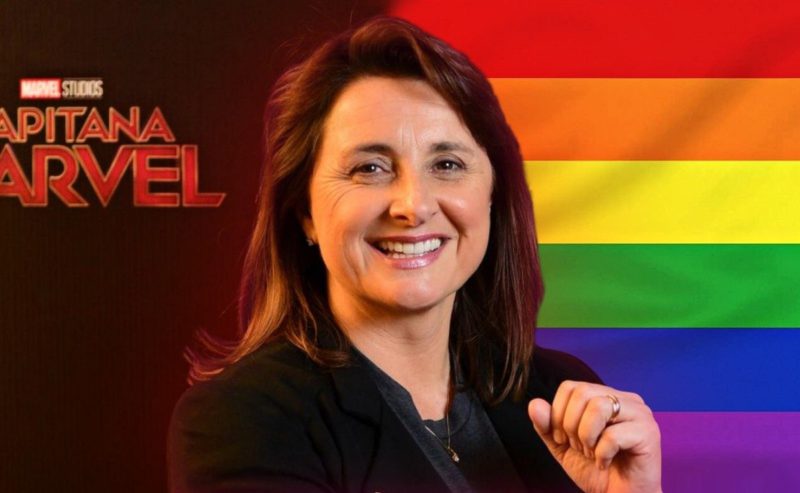 After the CEO of the Disney company takes a bipartisan position on Florida’s “Don’t Say Gay” law, the mouse house has become a shooting target that even other companies such as Pixar and Marvel, financed by Micky Mouse, have not been shy about pointing, for the mistake that has been made, such as the forceful speech of the producer Victoria Alonso.

Currently, the Argentine Victoria Alonso is listed as one of the presidents of Marvel Studios and in a recent award from the GLAAD Awards, she took the stage to receive recognition for Best Film for ‘Eternals’, where she addressed the public with a forceful, clear and direct message to Bob Chapek, CEO of Disney.

It might interest you: Pixar lashes out at Disney for “Don’t Say Gay” law

First of all, the president of Marvel empathized with anyone who works at Disney and is part of the LGBT+ community, clarifying that she had a discussion with Chapek to ask her for courage in the situation: “I asked her to look around her and really if what we sell is entertainment for the family, we do not choose which family. Family is this whole room. Family is family in Texas, in Arizona, in Florida, and in my family, in my house.”

It might interest you: “Absolutely ridiculous”: Oscar Isaac against #DontSayGay

As if the message was not clear enough, Alonso had no qualms about speaking directly to the Disney CEO: “I ask you again, Mr. Chapek: please respect, if we are selling family, take a stand against all these crazy laws. obsolete. Take a stand for the family,” he bluntly concludes, pointing out that all types of family are equally important.

With this statement, Victoria Alonso sends a strong message to the whole world, in which she declares a resounding opposition to the Florida law that has caused controversy in recent weeks, and at the same time indicates the position that Marvel Studios takes, but It should be noted that the message does not end there.

As part of the LGBT+ community, Victoria Alonso took advantage of the speech space, not only to ask for the support of the company she works for, but also to make a second controversial statement, direct and necessary for visibility: “Stop saying that You tolerate us, nobody tolerates me, let me tell you that. You tolerate the heat in Florida, the humidity in Arizona or Florida, and the dryness in Arizona and Texas. And you tolerate one tantrum in a two-year period,” addressing Chapek.

We deserve the right to live, love and have. More importantly, we deserve an origin story.”

Read Also  The first trailer for 'Don't Worry Darling', the thriller with Florence Pugh and Harry Styles, is here

It is no secret that Victoria Alonso, the president of Marvel Studios, is a direct and clear woman who has no problem pointing out what she considers wrong, and with this speech she has earned the respect of many people who, like her, position themselves against the controversial law and hope that Disney will take a definitive position.