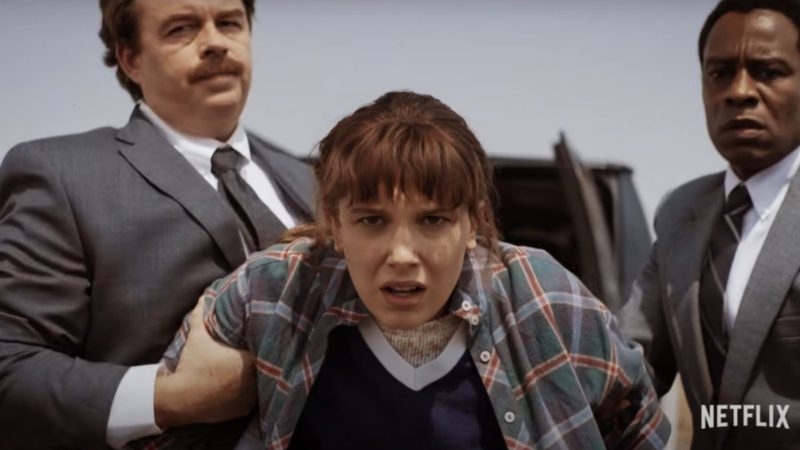 Stranger Things has not appeared with new episodes since the third installment appeared on the Netflix streaming platform in July 2019. The global health crisis that originated the following year was the main reason for the delay, but fortunately the two-part season 4 will premiere the first wave of episode on May 27, while the second batch is scheduled to hit fans’ screens on July 1.

The creators of Stranger Things, the Duffer brothers, have long said that season 4 of the series that follows Eleven, a girl with telekinetic superpowers, will be the biggest of all the installments that the show has under its belt. The upcoming episodes will bring major character changes as the suspenseful drama dives into a new horror story in which all members of the friend group are involved.

With just a month to go before the release of the first part of season 4 of Stranger Things, the Netflix series released a new promotional poster focusing on Eleven, the main character of this fascinating story, who is played by Millie Bobby Brown from the first delivery.

And it is that this new promotional poster of the fourth season of Stranger Things, confirms the theory of the fans of the drama, which is associated with the return of Eleven to the laboratory of Hawkins, as revealed in the first trailer released in February 2021, when Dr. Martin Brenner (Matthew Modine) was seen walking down the hall of the government experiments compound, where the young woman was held for a long time.

Recall that when Stranger Things fans first saw Eleven, the girl had a shaved head. In the following seasons, when she joined her group of friends she grew her hair long. Now, with the photo shown in the poster revealed this Wednesday, the character of Millie Bobby Brown reappears with her short hair.

This new poster continues to deliver on what was shown in the new season trailer by showing off Eleven’s very short hair, surely leading fans to wonder what could bring her back to that familiar style. Will Eleven be back at Hawkins’ lab?