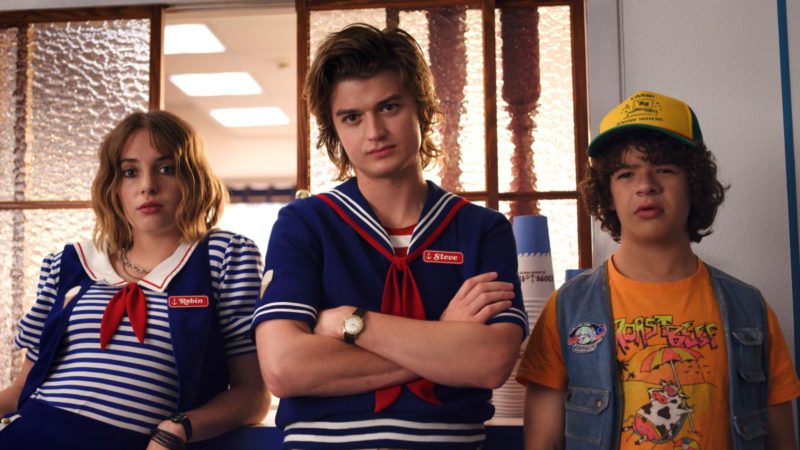 It will soon be two years, this summer, that Stranger Things has left us in the most total suspense, with on one side the Byers family (and Eleven) who have raised the veils while on the other, far from Hawkins, we learned of the presence in a Russian prison of an American inmate who could well be this dear Jim Hopper…

Indeed, just to give us something to eat while waiting for the arrival of season 4, Netflix has revealed in the meantime that the police hero had indeed survived, showing him in a teaser titled With Love from Russia in a kind of gulag. It was over a year ago. Since then, still no news of these new episodes. Or almost.

Already, remember that in March 2020, a month after the broadcast of this first extract, David Harbor informed us that Stranger Things was initially due to make its big comeback on the platform in early 2021. Yes, you read that correctly: early 2021, be there, now, or even a few weeks ago. Except that, as you can imagine, the coronavirus has been there. “The new episodes were supposed to come out at the beginning of next year, it seems to me (…) But it will probably be postponed”, confided the actor at the start of the pandemic, during a Q&A on Instagram.

It is therefore no surprise that the release of season 4 of Stranger Things has been postponed, like so many others on Netflix. And not just a little, it seems… As we hear you from here, sigh, knowing that you could have already binge-watched them in normal times, get ready to receive even worse news: the new episodes of the famous fantasy series are still far from ready.

For good reason, after being suspended for several months, the filming of this new season has not yet been completed. Gaten Matarazzo, the interpreter of Dustin, revealed in any case at the microphone of Collider at the end of March that he had for his part ” a good part ” of the season to shoot this month. And since once everything is in a box, it still takes a lot of time in post-production, especially for a show of this ilk, as much to say that Stranger Things is not ready to return immediately to Netflix.

Do you hope to see it land at least by the end of the year on the platform?

Unfortunately, we still have one last ominous piece of information to share with you… This time it comes to us from Finn Wolfhard, who plays Mike, once again during a live session organized on the Web about ten days ago. To the question that has burned the lips of all fans for nearly two years, “when will season 4 be released?”, He answers with disconcerting honesty: “Season 4, it should be released sometime next year, we hope …” It’s vague, much too much for our taste, but at least it has the merit of preparing us psychologically and avoiding false hopes: we will have to continue to wait wisely before seeing these new episodes appear on Netflix, probably therefore in 2022.

In the meantime, to get back in the mood by then, no one will judge you if you decide to redo the first three seasons. Stranger Things is still available, of course, on Netflix.

Nobody: Can Bob Odenkirk And Keanu Reeves’ Character Get A Crossover

Shadow And Bone: 3 Alternatives For The Netflix Fantasy Series