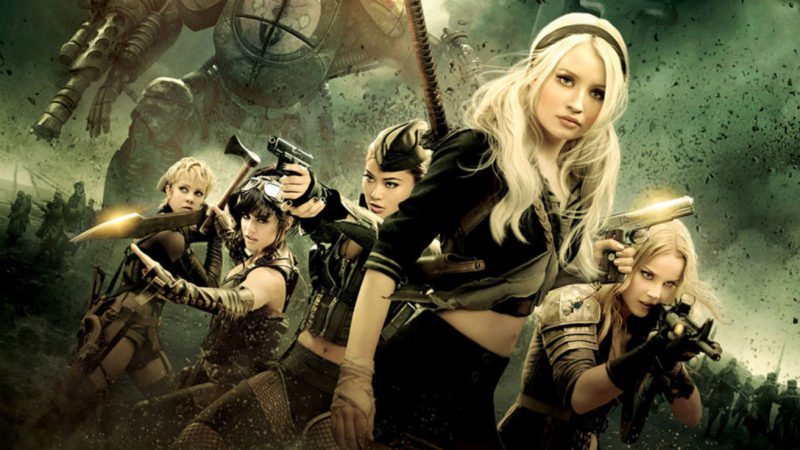 Before Army of the Dead, this had been Snyder’s only fully original film.

Back in 2009, with Sucker Punch on Zack Snyder’s schedule as his next film project, Warner Bros. immediately acquired the distribution rights. After all, it would be the first film with a 100% original script by a director that the same company called “visionary” during the marketing of Watchmen. Regardless of the performance that this film of masked anti-heroes eventually had at the box office, the filmmaker also responsible for the devastating success 300 continued to deserve the trust of executives, who were ambitious to accompany him on a new adventure that – unlike his other titles with Warner – now it would lack sustenance in acclaimed graphic novels.

Fate was not at all benevolent. Sucker Punch, released in the spring of 2011, to date boasts the lowest rating of all of Zack Snyder’s filmography (22% on Rotten Tomatoes). Adjectives like “sexist” or “incoherent” have been used to describe it, despite the filmmaker’s stated attempts to be the opposite. Snyder himself has long commented on Warner Bros. meddling to make it a more commercial film, which would have negatively influenced the message of the final product. To this, for years there was also rumor about the existence of a cut by the director of Sucker Punch, to which the filmmaker granted truth in recent days.

He commented to Vanity Fair that the title allowed him to experience for the first time that bitter taste of executives reaching into your film – did Justice League someone say? – and further admitted that his whole vision does indeed lie in a definitive version that has never seen the light of day.

“I think I was criticized at the time for being the opposite, like [Sucker Punch was] some kind of sexist spiel, but it was fun to do and I still love it to this day,” Snyder said. “ That was the first time that I really faced a real radical restructuring of the film to make it more commercial. There’s a director’s cut from that movie that hasn’t been released yet. I’ll say it out loud.

Actually, it’s not the first time Snyder has talked about that mysterious director’s cut. The filmmaker revealed in November 2020 that, although that montage existed, it was unlikely that it would be released at any point since he did not hold the rights to do so. On the other hand, Warner Bros did release an extended version of Sucker Punch, which contained approximately 18 more minutes of footage — compared to the theatrical release — and boasted an adult rating.

By Zack Snyder, this week The Army of the Dead premiered on Netflix, a film that marked his return to the zombie genre.