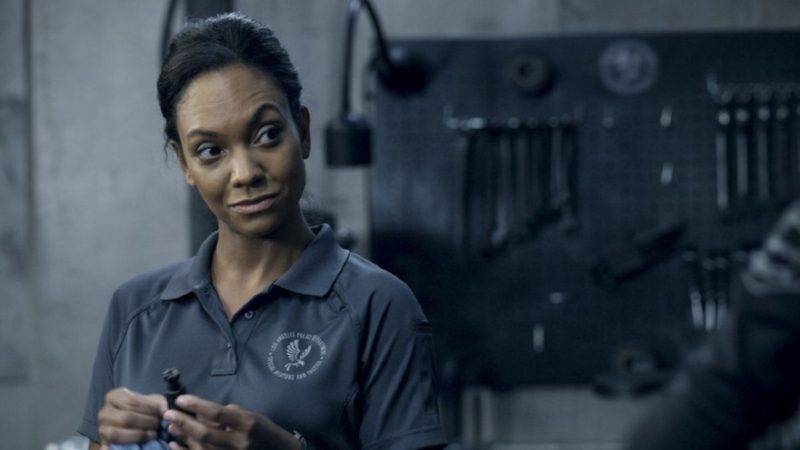 The CBS television network series SWAT is set to tackle tough topics like police brutality and female/POC representation on their forces. But even though viewers are used to heavy moments, a really sad death caught everyone off guard in season four, after the murder of Erika Rogers (played by Lyndie Greenwood).

In the first episodes of the fourth season of SWAT, the show attempts to not only address the entrenching of the pandemic, but also the racial tensions in the city by focusing on the deaths of Breonna Taylor and George Floyd, while using flashbacks of the riots. in Los Angeles in 1992 after the Rodney King verdict. But, a woman also joins the team, Officer Erika Rogers.

While Chris (Lina Esco) initially rebuffs her when she approaches, telling her they can’t jeopardize their careers by being seen supporting each other, Erika and Chris eventually form a strong bond. The friendship leads them to commit to becoming roommates. However, his stay on the team and on the show would not be for long.

During the same installment, in episode 8 titled “Crusade”, the team is given a mission to search for a group of white supremacists called the Imperial Dukes. But, in pursuit Erika Rogers is shot and killed in action. Which surprised everyone because of how quick and sad her death was. In fact, fans were expressing their disagreements on the Reddit social network.

“I can’t believe they killed off Erika. She was a really good character on the show and I was looking forward to seeing more of her,” said one fan.

Many of the fans on Reddit shared how shocked and surprised they were by his death. Although the 20 Squad has difficult missions through the streets of the city of Los Angeles, everyone always tries to return home safe and sound. But, Erika’s death hit the members of the team equally, showing viewers that at any moment a member can be killed.

Fortunately, viewers will be able to continue to enjoy the various crime stories that the drama will introduce in the final episodes of the fifth season. Meanwhile, the SWAT production is preparing its sixth installment now that the CBS television network has given the green light to make it.