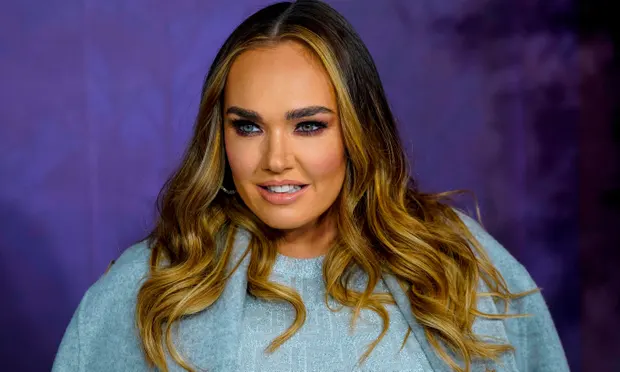 Tamara Ecclestone has offered a reward of up to $7 million for the return of her stolen jewelry, which is worth an estimated $30 million.

In December 2019, the British model’s west London mansion was one of three celebrity homes raided by international thieves.

Now, the international star has offered a hefty reward “Mel Gibson-style in the movie ‘Ransom'” to get his jewelry back.

The socialite “would be happy to offer 25% of the value of anything the police can recover.”

The daughter of Bernie Ecclestone, former Formula 1 chief executive, wrote on Instagram: “If they hand me my jewellery, they get the reward. It’s that simple. The total value of the theft is $30 million, which is a reward of up to $7 million for anyone who can help me recover what is mine by right.”

Nearly three years after the robbery, police, victims and even suspects have spoken for the first time about the series of $30 million assaults on celebrity homes.

During the first 13 days of December 2019, it is estimated that items of this value were stolen from the West London houses of Ecclestone, Frank Lampard and Vichai Srivaddhanaprabha.

But it wasn’t until last November that Italians Jugoslav Jovanovic, Alessandro Maltese and Alessandro Donati were jailed for 28 years after pleading guilty to conspiracy to steal.

A BBC investigation has found that a fourth suspect – known to the Metropolitan Police as Daniel Vukovic – has fled to Serbia and has at least 19 different identities.

The Met confirmed he was the subject of international persecution and the BBC revealed that Serbian authorities had rejected two extradition attempts to the UK.

The information shows that in the last decade, the suspect has used at least 19 aliases, including Daniel Vukovic, Ljubomir Romanov, Alfredo Lindley and Ljubomir Radosavlejic and that the identities have links to several European cities, including Belgrade, Sarajevo, Milan and Zagreb.

Read Also  on the verge of tears, the singer shares a sad message

Ecclestone has also offered a reward for any information leading to the suspect’s conviction.

“This man believes he can travel around the world with the loot he has stolen from my family and me. Not so fast. He is not only one of the men who invaded my home on December 13, 2019, but also the mastermind of the entire robbery and the only one who has not yet been apprehended.”

He said he had waited “quite a while” to retrieve his belongings “by conventional means,” but so far only a couple of earrings had been found.

“The Flying Brigade has done an incredible job, but they can’t do more than that. So now I’m going to do what I wanted to do from the beginning and I’m going to put myself in the style of Mel Gibson in the movie ‘Ransom’. I will gladly pay rewards for the return of any of my belongings or Jay’s that have been stolen and for the capture and prosecution of Daniel Vukovic.”