The 5 best Studio Ghibli movies to watch on Netflix 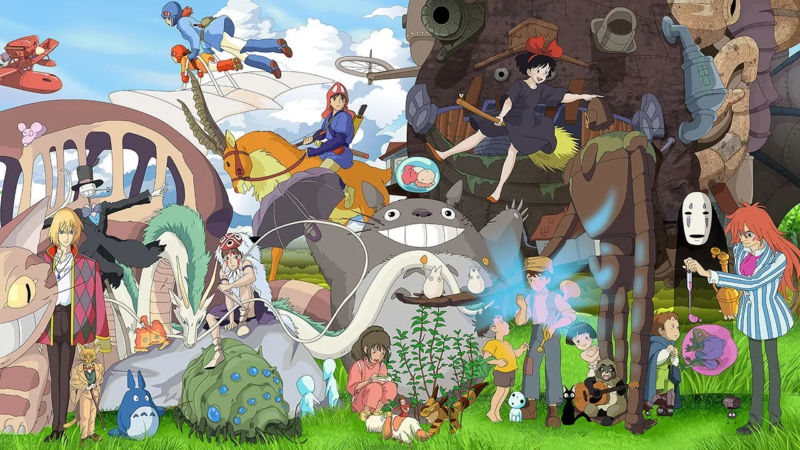 There was once a myth that haunted animated films and referred to, or implicitly gave, a youth or child audience as consumers of this style. Perhaps even many continue to believe it.

The first examples that come to most when it comes to this myth are probably some of the latest Pixar films, such as Intensely, Coco or the recently released Red. But that is only due to the hegemony it exerts in much of the world. Western world American cinema. The inexorable example is given in the films of the mythical Studio Ghibli, which has been producing stories with this seasoning since the end of the 80s.

This Japanese animation studio was founded in 1986 by Isao Takahata and Hayao Miyazaki, both of whom were responsible for directing Ghibli’s first big hits. By dint of world-renowned successes, the studio positioned itself as one of the best in the world. With 6 of his productions in the top 10 highest-grossing animated films in Japanese history and no less than 5 Oscar nominations, his undoubted stamp left a mark on the millions of viewers who have enjoyed his stories.

Today Netflix contains many of Studio Ghibli’s titles in its catalog, so we propose this ranking of the 5 best, which you can not hesitate to see or even enjoy again.

Sophie is a young woman who works as a milliner in her late father’s shop. On a walk through the city, she meets the wizard Howl, whom she falls in love with. However, a witch turns her into a 90-year-old woman. Totally shocked, this shy young woman will seek help from Howl, although her situations lead her to be the one to help the magician too. Miyazaki directs this film that portrays the teenager as someone who not only has things to learn, but is also capable of leaving lessons in his path.

4. Ponyo and the Secret of the Little Mermaid

Again Miyazaki manages to impose a story that transcends the ages and leaves messages and beauty for any viewer. In this case, this free adaptation of the famous story of the Little Mermaid tells the story of a princess from the marine world who accidentally falls into the hands of a 5-year-old boy, Sosuke. He protects her from her and, once back in the sea, the princess wishes to become human, to continue sharing with Sosuke, something that her powerful father will try to avoid.

A father and his two daughters move into a house to be closer to their mother, who is sick with tuberculosis. In the midst of this difficult family situation and the move, the girls will find comfort in particular creatures that are in the house, but especially in Totoro, an affectionate beast that will make the girls live an incredible adventure. Miyazaki touches a tough subject with unique tenderness and insight, bringing an innocent yet beautiful point of view to one of the greatest animated films of all time.

In order to heal the wound caused by a maddened boar, the young Ashitaka goes in search of the Deer god, because only he can free him from the spell. Throughout his journey he discovers how the animals of the forest fight against men who are willing to destroy Nature. The argument seems to contain merely a fantastic story, but also, again Miyazaki, introduces themes related to nature, man and his destructive spirit.

Undoubtedly the definitive classic. It is almost a cliché but at the same time impossible to avoid putting Spirited Away at number 1 in almost any ranking. Here we see the adventure of Chihiro herself, who in the middle of a trip she is making for the family move, sees how her parents turn into pigs for eating an enchanted banquet. The young Ella must find a way to get them back, as she discovers a world that hides as many surprises as it does danger. It is difficult to put into words what this film generates in viewers. You just have to prepare yourself for a magical journey full of reflections as deep as they are moving.

Anatomy of a Scandal: The Netflix series that dethroned other great productions