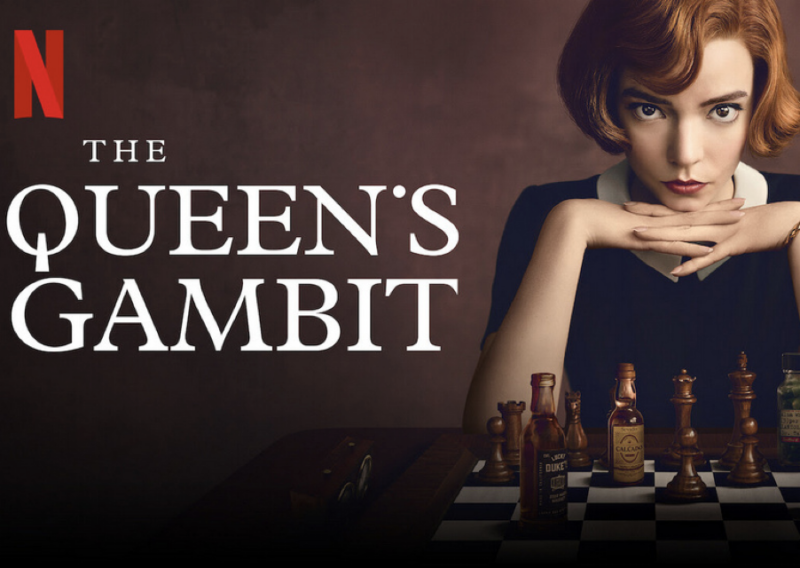 Way before streaming sites like Netflix or Amazon prime video became a thing, people watched movies on cable or satellites. Thankfully, we are past those times. Now, we have numerous interesting ways to watch our favourite plays, and producers are working tirelessly to make sure we always have an interesting one to look forward to all the time.

In the past of amazing cinematic experiences, we have all seen a lot of movies individually. Still, some of the tropes and genres that seem to hold people’s interest and attention have to do with crime, drama, comedy, and casinos.

The best gambling movies and TV shows have a certain appeal and drama since they touch on humans’ innate desire and love for risks and high stakes. An example is Martin Scorsese’s 1995 Casino flick. Set in the thrills of Las Vegas Casinos, this play starring Sharon Stone remains a classic film almost 25 years later.

In that vein, we have curated some of the top 6 films and best tv shows of all time, so you curl up on your couch with a drink in hand and have fun. From suspense to thriller, this list has everything you need.

This is a South Korean flick that follows the scheme of a poor Kim family to infiltrate the Park wealthy home by posing as highly qualified individuals. They went through malicious schemes to set up the previous help and relieve them of their jobs until the Parks had unknowingly employed the whole family.

This is one of the best series that tells how greed and discrimination threaten to destroy the fragilely built relationship between the upper and lower class in our society today. Sprinkled with comedy, this is one play you will enjoy.

This television series was one of the best when it was released in 2020, becoming Netflix’s most-watched play just four weeks after its release.

It starts in Kentucky, where Beth Harmon is taken to an orphanage after losing her mother in a car crash. As was common in orphanages of the 1950s, they dispensed daily tranquilisers to the girls to even out their temperaments, which turned into an addiction for poor Beth. She quickly developed a strong skill in chess, and after being adopted a few years later, she got into a tournament and won.

This started her rise to fame, and she met many people along the way who helped her journey. However, with success came an even more fatal addiction to drugs and alcohol.

Viewers might resonate a lot with this one. It might not be alcohol or drugs, but we all have something we thoroughly depend on, and it might be fun to watch how Beth managed to reach the height of fame despite all the battles she had to fight.

This 1972 crime drama series spans 1945 to 1955, following the Corleone mafia family and the transformation of their ordinary child into a ruthless mafia boss. If you like suspense, and bad boy characters, then this is one of the best movies to look out for.

It is of a powerful Italian-American family of Don Vito Corleone. After the transformation of his youngest son Micheal, he becomes a part of the inevitable cycle of violence and murders. Even when he tries to maintain a normal relationship with his wife, Michael still couldn’t help but be drawn into the mindless betrayals that seemed to follow the Corleone family around.

This is similar to another play where Tony Soprano, played by James Gandolfini, was the head of an Italian-American mafia family. Like Micheal Corleone, Tony strives to maintain normalcy, portraying the difficulties he was having in his sessions with Jennifer Melfi, his psychiatrist. If you are one for this type of play, then this is for you.

This is a fictional drama series set in the fictional continent of Westeros and Essos. It follows the lives of nine families who were all battling each other for the Westeros throne. It received five nominations for the Golden Globe awards, and some people refer to it as one of the greatest tv shows of all time. It follows several arcs, ending with a threat of creatures called the People of the North, aiming to wipe off all human lives.

If you are looking for a gambling movie, this is it. It is a high stake play where a jeweller must balance his business and family to pursue an ultimate win.

The story of the hero is quite complicated, but if you want to repeat it, you should know about Yukon Gold Casino, thanks to which you can succeed in gambling.

The film is considered one of the best in history, it features Howard Ratner, the jeweller struggling with a gambling debt of about $100,00. A business associate brought Garnett’s basketball star to his shop, and while they were there, an opal that Howard shuffled from Africa arrived. Garnett took an immediate liking to the opal and decided to use it as a charm for the night’s match, dropping his NBA Championship Ring as collateral.

Howard decided to bet on the night’s match using Garnett’s ring in hopes of winning $600,000 in returns. He placed the bet, but his creditor stopped it. He lost the ring. The rest follows Howard’s progress and how he won $1.2 million at the cost of his soul.

His creditor putting a stop to his bet is like in Casino Royale, another one of the gambling tv shows that features one of the best casino movie scenes ever, where Jeffrey Wright and Daniel Craig worked together to prevent a mob from winning a high stakes gamble. You can also check out Rainman and Hangover for more like this.

This is a fantasy TV show set in the year 10,191. Paul Atreides, a brilliant man, must travel to the future to secure the lives of his family. Malevolent forces started a battle in conflict over the lordship of the world’s most coveted substance: a resource prolonging human life and accelerating thoughts. In this battle, only the fiercest must swallow their fear and survive. It is another one of the best tv series of all time, and it is one you will enjoy.

With these best plays of all time, fun nights can not be boring any longer. So when next you and your friend are thinking about the next action television shows, this is something worth remembering!