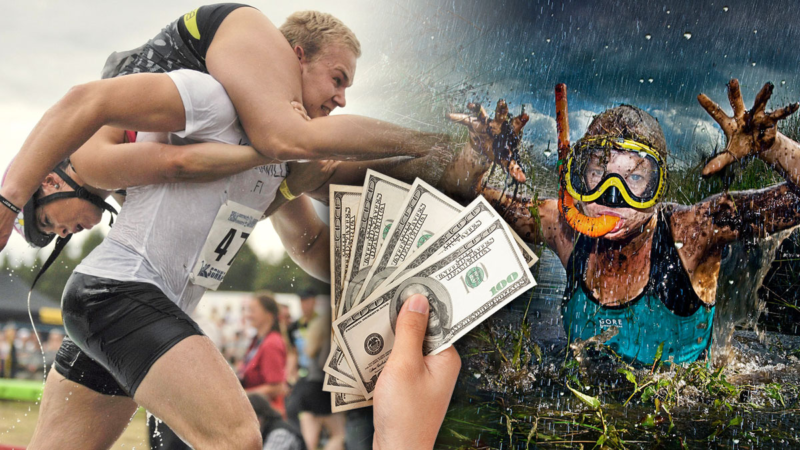 If you’re fond of a flutter, there is no shortage of bookmakers willing to offer you odds and accept your wager. Bookmark a range of betting sites, including this one, to find the perfect home for your gambling needs.

Sports betting will always be the bread and butter of gambling, especially online, but it’s by no means the only game in town. Many punters can, and have, located oddball bets in the past.

Of course, as is always the way with betting, some of these punts paid off – and others less so. Let’s take a look at eight of the boldest, bravest, and outright bizarre bets placed in the long history of gambling.

Pop culture will eat itself

Pop culture commentators often lament that there is nothing new under the entertainment sun. One British TV and music aficionado was confident that this would remain the case – and made a significant profit on his assumption by placing a bespoke bet.

The man in question, who has never been named, approached a local bookie in 1989 with a five-way bet. His belief was thus:

As the Millennium arrived, Neighbors was still omnipresent on British screens. Home and Away just made the cut – it ceased airing in February 2000 but returned on a different channel a year later. EastEnders has never left British screens since 1985 and enjoyed critical and audience acclaim in the late 1990s and early 2000s.

Cliff Richard was knighted in 1995, becoming the first popular musician to enjoy such an honor for services to music. U2 is still active today and followed up 1997’s album Pop with All That You Can’t Leave Behind in 2000.

In 2014, soccer fans eagerly awaited the FIFA World Cup in Brazil. Former world champions France faced a nail-biting wait to see if they would qualify, though. The French were engaged in a two-legged play-off with Ukraine, with the winner attending the tournament. At the end of the first leg, Ukraine led 2-0, leaving France with a mountain to climb.

Presumably attempting to rouse the team, or at least raise national spirits, Canal+’s stunning weather presenter Doria Tillier vowed to present in the nude of France qualified for the tournament. The game finished 3-0 to the French, and Mademoiselle Tillier kept her word – in a roundabout way.

The following day’s forecast was broadcast from the tiny hamlet of Poil. The term a Poil loosely translates into English as “get naked.” Tillier stuck with her word too, though, giving her weather report sans clothing – though admittedly keeping some distance from the camera and racing around a field. We can hardly blame her for keeping warm, though. The event also happened to fall on the coldest day of the year.

Betting on a bride

If you’ve ever enjoyed an online poker game, you’ll likely have made an impulse decision that you later regretted. Spare a thought for Tatiana Karpov in this instance, though. Andrei Karpov wagered his wife in a poker game against fellow Russian player Sergey Brodov.

In case you’re wondering, it was a losing hand. Tatiana was understandably outraged at being used as a bargaining chip and filed for divorce from Andrei. However, in a further twist, she found Sergey to be a charming and honorable gentleman. So much so that she married him – entirely of her own free will.

Double or nothing means nothing

Spinning the roulette wheel always relies upon taking your chances, and a popular adage claims that you should never gamble more than you can afford to lose. Ashley Revell, a professional gambler from the UK, clearly never got this memo.

Back in 2004, Revell made an astonishing choice. He sold everything he owned, down to the clothes in his back, and traveled to Vegas. On arrival, he placed a bet for $135,300 – the total of everything he owned, plus some additional sponsorship from a British online bookie – on red. If the bet came in, he doubled his money. If it didn’t, he was destitute.

The wheel stopped rotating on Red 7, and Ashley Blue Square Revell – as he was now legally known, thanks to a bargain with the aforementioned website if his bet paid off – walked away with $270,600. His gamble has gone down in history as the ultimate “double or nothing” punt.

Play to the whistle

Part of the appeal of sports betting is the unpredictable nature of live events. One British soccer fan learned to his detriment that unpredictability is not always a good thing, though.

In 2010, Mali and Angola were playing a match in the African Cup of Nations tournament. In the 77th minute of a game scheduled for 90 (plus short overtime to cover stoppages for any injuries), Angola led 4-0.

The subject of our crazy bet assumed that this made the result a forgone conclusion and bet £4,400 (just over $6,000) – believed to be his entire student loan – on Angola winning the game. The live odds provided would have provided a profit of just £44 ($60). The punter was so confident that Angola would coast to victory, though, that he considered this to be free money.

Can you guess what happened next? Mali scored what was assumed to be a consolation goal in the 79th minute. They bagged a second in 88 minutes. Surely still too little too late, though, right? Not so. Mali scored two more goals in the 93rd and 94th minutes. The game ended 4-4, and our punter’s supposed sure thing became a losing bet.

Staying abreast of the odds

Brian Zembic is renowned for making bizarre and outlandish wagers. It seems that little is off-limits for Zembic, who once spent a week sleeping under a bridge, complete with a cash sum of $20,000 strapped to his leg. Equally, he once accepted a wager to live in the bathroom of a friend in exchange for $7,000.

1997, Zembic took his gambling to a new level. He accepted a wager for $100,000 to have breast implants. That’s it – he was not to change his name, gender identity, or anything else that might explain his new, buxom aesthetic. Just the implants. A cosmetic surgeon performed the surgery free of charge – the result of a bet, naturally.

In a further twist, Zembic started to enjoy his new look. The agreed year passed, and he declined to have the implants removed. In 2014, another gambler offered Zembic $10,000 to eliminate the breasts – he refused. It was 2017 when he finally underwent surgery, having fathered a daughter and considering her feelings.

Sometimes, greatness is unmistakable – even in the youngest of people. A British father named Richard Hopkins is a testament to this, as his keen eye for talent has proved highly profitable.

Hopkins took his then-13-year-old son Evan Go Karting as a treat back in 1998. Evan acquitted himself well enough, but another teenager on the track captured the imagination. Hopkins made some inquiries, learned who this youngster was, and made his way to a local bookmaker to place a bespoke wager.

Football rivalries can get intense, even among married couples. Nicole Grant and her husband John took sports betting to a new level in 2013. John’s beloved Chicago Bears took on Nicole’s Green Bay Packers, and both spouses were confident of their team’s chances of victory.

So confident, in fact, they placed a unique wager. The bet winner would be able to tase the loser with a stun gun, with no fear of comeback or recriminations. The Grants were drinking in a bar when they hit upon this questionable idea, and both agreed that they considered it amusing.

The game unfolded, and it was the Bears that emerged victorious by 27 points to 20. As per the agreement between the couple, John shot Nicole for three seconds on the butt with a Tazer. Unfortunately, things took a turn after this.

The couple argued about an unrelated issue later in the night, leading to Nicole calling the cops on John – claiming that he tased her against her will. Thankfully, the incident has been filmed, showing Nicole laughing and agreeing to the stunt.

John was still fined $250 for possessing an unlicensed stun gun and had the weapon confiscated, but it seems the couple learned their lesson. Another bet was placed on the following year’s Chicago vs. Green Bay confrontation – but John’s forfeit for being on the losing side this time was just the humiliation of wearing a Packer’s jersey.

Why Did Don Spirit Kill His Family?