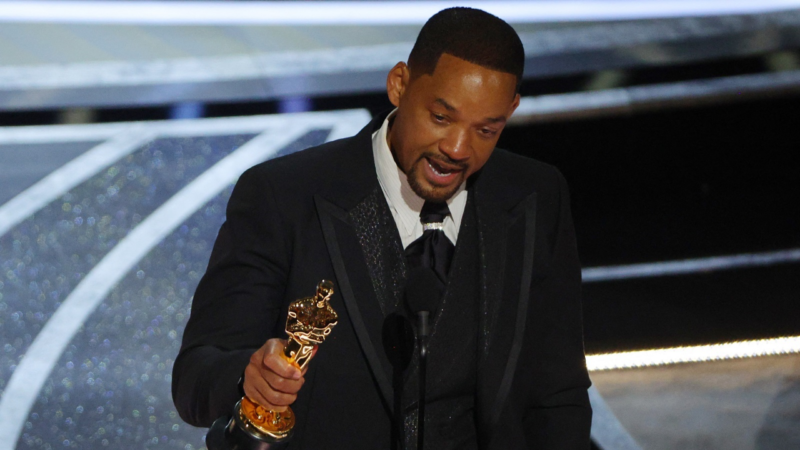 With almost two weeks to go before the 2022 Oscar ceremony and the incident of Will Smith slapping Chris Rock, the Academy of Motion Picture Arts and Sciences made a decision about what happened and has a final verdict.

Without a doubt, March 27, 2022 will be remembered by everyone, but unfortunately not by those who won the Oscar, but by the outburst of Will Smith. Comedian Chris Rock made an unfortunate joke about Jada Pinkett’s hair, to the anger of Smith who rushed onstage and punched Rock.

Shortly after what happened, Will made his apologies public, making it clear that he got carried away for the moment and that he will always fight against all kinds of violence. The Oscar winner for King Richard also made the decision to resign from the Academy of Motion Picture Arts and Sciences as part of his regret for what happened. “I accept and respect the decision of the Academy,” the actor also made clear.

The moment that was burned into the retina of the whole world.

This April 8, the Board of Governors of the Academy held an extraordinary session, where after several hours they decided that for a period of 10 years, Will will not be able to attend any event or program of the institution, either in person or in person. virtual.

“The 94th Academy Awards was meant to be a celebration of the many people in our community who did incredible work last year; however, those moments were overshadowed by the unacceptable and harmful behavior we saw Mr. Smith exhibit on stage,” a part of the Academy statement reads.

“Today, the Board of Governors called a meeting to discuss how best to respond to Will Smith’s actions at the Oscars, in addition to accepting his resignation. The Board has decided, for a period of 10 years beginning April 8, 2022, that Mr. Smith will not be permitted to attend any Academy events or programs, in person or virtually, including but not limited to Academy Awards”, says the verdict.

In the message also released from the Academy, they thank Chris Rock for having maintained his composure after receiving the blow.

The Academy has already handed down Will Smith’s punishment after his confrontation with Chris Rock: The actor will not be able to attend the #Oscars for the next 10 years. pic.twitter.com/IqbnU0Wfnz

Finally, the Academy makes it clear that while Will is prohibited from attending the events, this does not prevent him from being nominated or even winning future awards during the time of the ban.