The bad guys: what’s so good about this story? 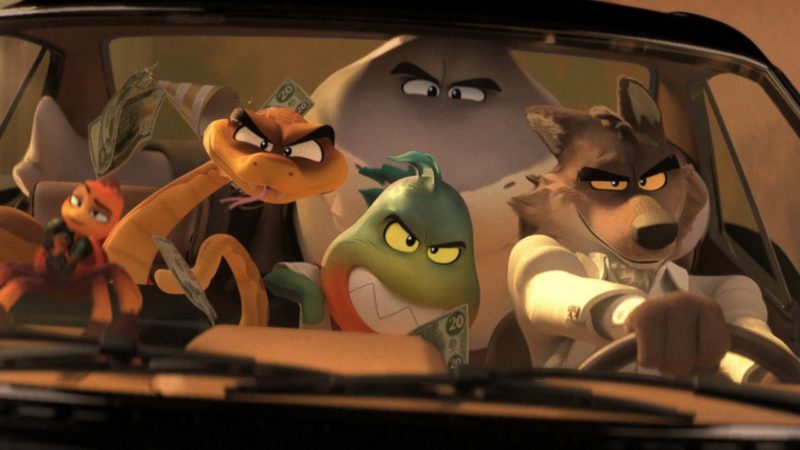 The bad guys, that’s the name of this new animated film from Dreamworks. Although its name does not sound very attractive for a children’s story, this story starring the “bad guys” can be an excellent trigger to work with our children on some very interesting topics. We are caught by his gaze on second chances and the classic binomial of good and evil.

The gap between good and bad

In a world where the crack deepens and we tend to point out people as good and bad, the approach of the story invites us to transform our gaze. Separate people from their behaviors. There are no good or bad, but people who sometimes act badly, and other times well.

Not all behavior is bad

As parents, we often inadvertently label our children for their behavior, and consequently, they do the same with their friends and colleagues.

How important to keep it in mind when educating and acting. “He told a lie”, instead of “he is a liar”. Or “I felt bad about what you did,” instead of “You’re a bad friend.” And so many examples of our daily life.

Mistakes are wonderful opportunities to learn

This principle of Positive Discipline is very present throughout the script. Several of the protagonists learn from their mistakes, and most importantly, seek to repair them.

People change, and despite the complexity of their past, they can reinvent themselves, proving that personal improvement is always possible. She moves the story of the mayor and how she was resilient, she knew how to see an opportunity in the things that happened to her in her life.

The importance of friendship

The value of friendship is also present, and we all regret when the big bad wolf abandons his friends and we celebrate the reunion with them.

In good times and bad, never forget about friends. Know how to apologize, not prejudge and respect the ideas of others, listening to each other. Several dialogues between the characters reflect and teach much about this precious bond between friends.

It is worth sharing this film with the family, and above all taking the opportunity to talk

At one point the villains say “we’ve never been given a chance to be more than thieves.” Hopefully we build bridges between all of us to open new paths for all the people around us.

The trailer for the film tries to catch us with the phrase “being bad has never been so much fun”. Many times, as parents, we lose focus on this, and we believe that our children “behave badly” to make our lives impossible, or just because. However, if we delve into the reasons for their behavior, we will surely find a different motivation.

The brain of children and adolescents is developing, and they often simply choose the wrong path to meet their wants and needs. As they grow cognitively and emotionally, as leading adults, we have a leading role to show them how much fun and good times they can have by making good decisions, accompanying them to exercise true freedom that allows them to unfold all their potential and achieve the best version of themselves.

Let’s give this story a chance, which despite its “bad guys” or rather thanks to them, has a lot to teach us. The bad guys (The Bad Guys) is available in theaters.

The Walking Dead: The New Shows And Movies Preparing After The Finale