The Best Canadian Foods You Should Try 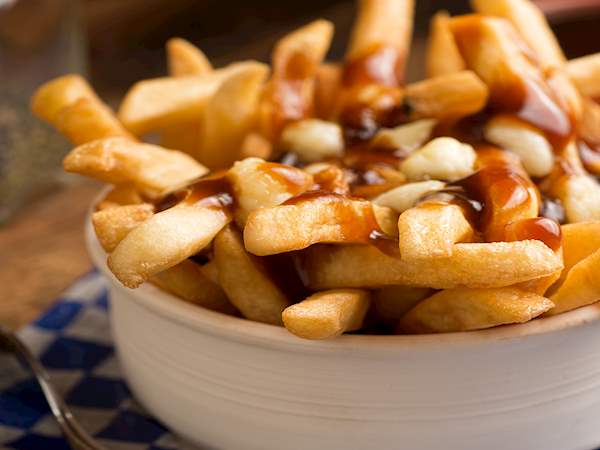 We might have heard about Canada’s mesmerizing lakes and natural beauties, but Canada is also very renowned for its Canadian food and cuisines. Canadian dishes are scrumptious and can’t be ignored for sure. At the same time, many people may think that we are talking about Poutine, but that’s not all because there are loads and loads of Canadian food dishes you need to try when you are on your next vacation in Canada.

Canadian dishes are super delicious, and you are a fool if you haven’t tried them yet. Let’s further discuss them in detail so that you can at least relish the flavor of those unique Canadian foods through our article.

Few Canadian dishes are well known around the world, and Poutine is one of them. The dish consists of rich gravy combined with crispy fries, squeaky cheese curds, and loads more. All of this makes it the most amazing meal of dreams, and no doubt why this dish Poutine is one of the most popular ones around the world. The classic version of Poutine includes bacon, pulled pork, and smoked meat, which really bring out the best flavors in this Canadian food.

Simple yet the most delicious Canadian food you can have is butter tarts. They are so good that you will get full from your stomach but not from your heart. They are made using flaky pastry shells, and then they are filled with egg, butter, and sugar filling that is heavenly in taste. You might probably not know, but it is a traditional Canadian food and is the best one. Once you leave the country, one thing you are going to miss the most is the Butter Tarts.

A versatile and scrumptious dish you will come across in Canada in Bannock. It is a simple bread dish that was once a staple diet in Canada amongst the aboriginal population. However, in the modern era, we got new advancements in the dishes. New world Bannock dishes have baked versions, fried versions, and more. This is a popular bakery dish that keeps popping up in different cafes and bakeries in Canada. You should definitely try it if you love bread and bacon.

Read Also  Do Americans Need a Passport to Visit Canada?

We can call Montreal-style bagels an underrated gem dish amongst Canadian food. This dish is truly the unsung hero of the best Canadian food dishes people talk about. Bagels award you with a beautiful amalgamation of sweeter, denser, and thinner bagel tastes with their NYC counterparts. Bagels are generally cooked in wood fire ovens and are covered with sesame or poppy seeds on the top. The best bagels you can taste in Canada are St; Viateur and Fairmount bagel. Both of them are just fantastic.

Split pea soup is a portion of classic Canadian comfort food at its finest. The soup has its origins in Quebecois and is quite famous all around the world. Its main ingredient is peas and traditionally consists of pork and herbs. All these elements are mixed up with cream and spices to bring out a creamy and delicious pea soup. It is comfort food for the entire Canadian population, especially during winter. A cup of split pea soup is enough to help you fight off the harsh Canadian winters.

Saskatoon is not just a city in Canada, but it is also a word for our very favorite Canadian berry. Yes, we are talking about one of the most famous Canadian dishes, Saskatoon Berry Pie, which is often eaten with ice cream of any choice. Saskatoon Berry pie is popular for its scrumptious almond taste, making it an ideal sweet pie. Just one slice of this special pie will take you to a new world of desserts. After eating this dish, you can completely agree with why the city of Saskatoon was actually named after it.

A smoked meat sandwich matches its tasty sides with pastrami and is heavenly in taste. The meat inside it is a beef brisket that is almost salted for a week and a range of spices and then steamed to perfection. This is usually served with rye bread and is thus called a smoked meat sandwich. The sandwich consists of a tangy and spicy mustard sauce that is also used for poutine dishes. If you are in Canada, then do taste them from Schwartz because they have worldwide recognition for it, and fans of this dish often visit this restaurant to eat smoked meat sandwiches.

Canadian population loves ketchup, and there is no better option than ketchup chips, in our opinion. Ketchup flavored chips are a brainer and are actually loved by everyone out there. Many Canadians are even die-hard devotees to these chips and offer an amazing taste. The chips provide tomato, onion, and vinegar taste. They are generally served with BBQ, sour cream, and BBQ sauce. Ketchup chips are one native food amongst the Canadian junk food scene.

How they look, Nanaimo bars also taste heavenly and melt in your mouth. The famous Canadian bars are named after the British Columbian city of Nanaimo. The Nanaimo bars consist of three-layered slices of sweetness, and it requires no baking. It consists of a crumb base layer then a thin layer of chocolate on the top. This gives chocolate bars or Nanaimo bars a perfect crunch and taste.

Another name for this one of the most amazing Canadian food is the unemployment pudding. This is a French Canadian dessert that was created during the great depression and makes it not just the best but the most traditional Canadian foods you should try on the list. This dish is proof that is less is more because it requires just a few ingredients to make this delicious, comforting dessert. The end result of this amazing delicious sweet treat surely caters to all your cravings.

Caesar is Canada’s national cocktail and is quite famous amongst Canadians as well as tourists. It comprises clamato juice, vodka, tabasco, and Worcestershire sauce. This cocktail is a perfect brunch companion along with your choice of snacks any week of the day. Nowadays, restaurants also garnish the cocktail with celery salt rim celery stalks to glam up the taste of drinks.

Your hunt for trying the best Canadian food will be incomplete if you do not binge on this amazing french Canadian food dish tourtiere. It is a yummy and savory meat pie that is mainly eaten and sold during the holiday season. However, nowadays, this pie is available in different Canadian restaurants and cafes throughout the year because of its deliciousness and popularity. You might not know that the recipe for this changes in every region. Some use pork. Some use beef as they game popular choices of meat that fills the pie.

Canadian dishes are super delicious, and if you haven’t tried them yet, then you are surely missing out on many things. All of the dishes, as mentioned earlier, are a must to try if you are in Canada. So this was all about the best Canadian food. Stay tuned to our website for more articles like this.

Where Are the World’s Best Casinos?