The Best Movies & Shows About Finance 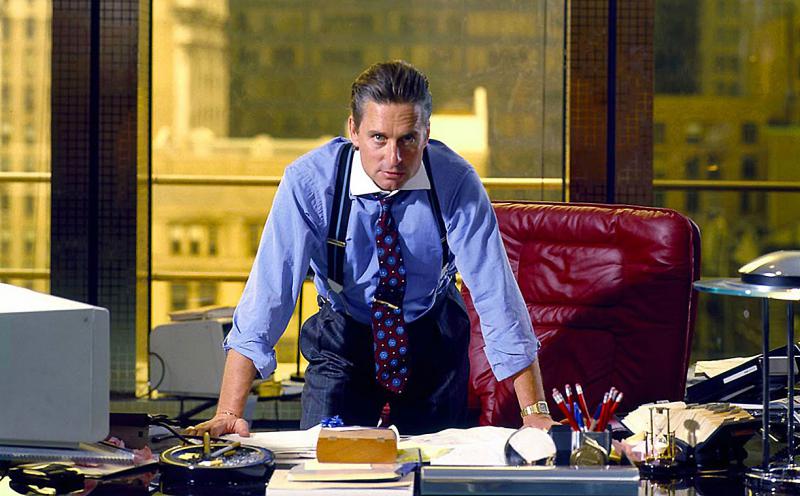 Shows, movies and series dealing with the planet’s life blood (money) seem to be a lot more popular these days. ‘Money makes the world go round,’ ‘money never sleeps,’ and ‘ greed is good’ are just some of the phrases to have emerged from shows revolving around the pursuit thereof.  The demand is clearly there – people want to know more about money, finance and business. As a result, and in more recent times, films, shows and series have begun to emerge showcasing these worlds. In some cases these worlds are glorified, while in others they’re demonised, and then of course there are ones that simply expose and educate. With all this in mind, let us now take a fleeting look at some of the best movies, shows and series that deal with the complex, back-stabbing and lucrative world of finance.

It would be impossible to talk about business, finance and the stock market without paying homage to Wall Street. Released back in 1987 and directed by Oliver Stone fresh off the Academy Award winning success of Platoon, this was the movie that made being a stock trader cool. To this day there are traders who attribute this movie to their decision to become traders.  Corporate raiding and insider trading  is the main focus of this film that see Charlie Sheen’s wet-behind-the-ears Bud Fox try and aspire to the high life of his shrewd superior, Gordon Gekko, played with absolute relish by Michael Douglas. Like most of Stone’s movies, there’s a lot of subtext and a moral to the story, that while ‘greed is good’, it is of course, not.

Billions is an American television series that centres on the rival between the Attorney General of New York, played by the immensely talented Paul Giamatti, and hedge fund kingpin, Robert Axlerod, played by the at times underrated Damian Lewis. What makes this show stand out is the complexities of the central characters. This isn’t a traditional black and white face off with clear cut characters. Instead, it’s a rivalry between two very flawed and yet charismatic characters who while on opposite ends, both partake in and operate in a grey and murky world.

The Wolf of Wall Street

If ever there was a film about the stock market that never veered into boredom territory, it would be 2013’s The Wolf of Wall Street. Directed with a kinetic flair by the always reliable Martin Scorsese and starring the always Leonardo Dicaprio, this film’s depiction of morally corrupt stock brokers is such that the film was nominated within the category of a musical/comedy at the 2014 Golden Globe Awards. Decadence, debauchery and laughter all go hand in hand and even though this movie runs just over 3 hours, you’re unlikely for feel the length.

Netflix’s Explained series deals with a slew of various topics varying from subject matters like tattoos to the history of England’s biggest contribution to the world of sport – cricket. The great thing about the Explained series is its capacity to simplify complex concepts and no better does it illustrate such capacity than with The Stock Market. For anyone interested in how share trading works, Explained: The Stock Market is an absolute must-see. This episode covers the main markets such as the NYSE (New York Stock Exchange) as well as the Nasdaq while posing a very valid question – how accurately does the stock market actually reflect the economy?