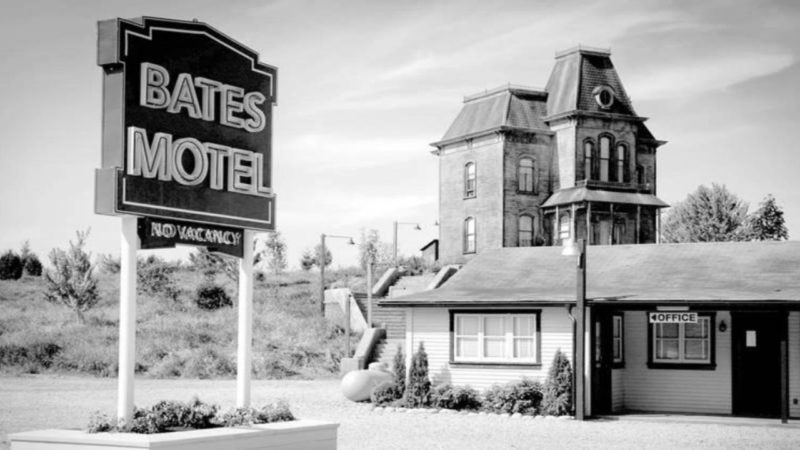 There are many films that became great successes and entered the list of iconic productions. One of them is Psycho, which landed on the big screen in 1960.

Behind this incredible story was Alfred Hitchcock, who became one of the most acclaimed filmmakers of all time. He introduced us to Marion Crane, a secretary who wants to marry Sam, his mistress. When fate places 40 thousand dollars in cash in her hands, the woman decides to run away with her boss’s money and tries to start a new life with her love. So, she hides out at the Bates Motel.

Psycho and its funniest parodies

If we talk about parodies that Psycho had and that were left to remember, of course we cannot ignore the iconic scene from The Simpsons. The animated series decided to recreate the bathroom scene, but with Homer as the protagonist.

In episode nine of the second season, we see how Maggie ends up being influenced by the violence shown by Tomy and Daly, and then attacks Homer. In this way, the character performs the same movements as Janeth Leigh in the film.

Internet is a place where we can find everything. Mainly, very funny videos that are perfect to watch in company and have a good laugh. That said, there is a video that parodies Psycho.

The curious thing about this video is that the main character is a small kitten, who puts himself in the shoes of Marion Crane and performs the iconic shower scene. Without a doubt, he is a great actor. Give him his Oscar!

Seth MacFarlane at the 2013 Oscars

At the Oscars, artists often put on amazing performances. Sometimes they sing songs from very successful movies, and other times they also do humorous skits. This happened in 2013.

Another of the parodies on Psycho was starring Seth MacFarlane. The actor decided to recreate the shower scene, but he put a funny and unexpected twist on it. Instead of playing Norman Bates or Marion, he chose to be the next door neighbor.

The Walking Dead: What we suspected about the last scene that Daryl Dixon will have

The Walking Dead: The villain Alpha will be back in the zombie universe of AMC