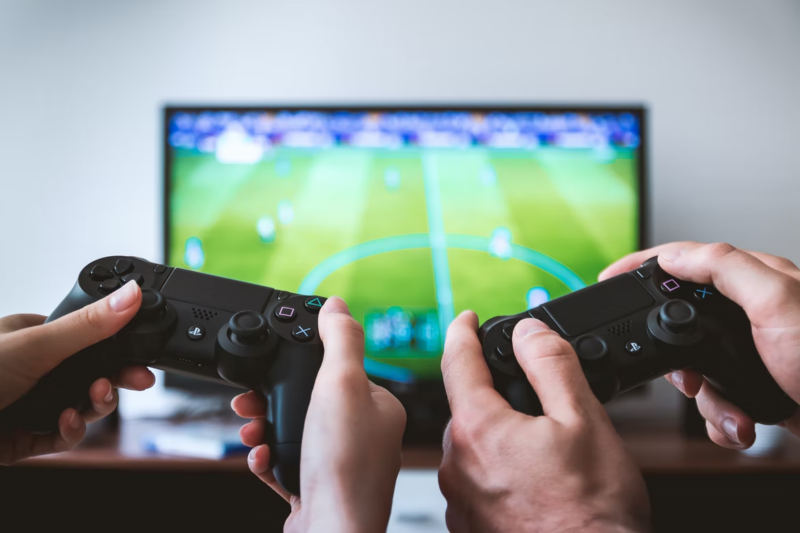 Gaming is an international affair. Players in North America generally enjoy the same titles as their European and Asian cousins, though there are a few local exceptions to this rule. It’s the same right across the board, with giant AAA blockbusters like Call of Duty and small independently-developed casual games like Wordle enjoying global fame. The same is true of casino games, with classics like blackjack and roulette found on just about every gaming floor on the planet. This has been helped by the rise of online casinos like Paddy Power that have been using casino bonuses and similar promotions to help introduce new players to these popular games.

But while all these games might be enjoyed on every continent and in every country, their development is not spread out so far. There are a few major centers in the world for video game development, with the United States, United Kingdom, Japan, and Germany all holding large shares of the market.

Another big player in the world of video game creation is Canada. The North American nation is actually the third-largest when measured by the number of development and publishing companies, behind only the US and UK.

Inside Canada, Montreal holds the lion’s share of the market, with 40 companies being registered in the city, ranking it as the fifth biggest game-creating municipality on the planet. This is closely followed by Vancouver and Toronto which have 28 and 24 respectively. Ottawa and Quebec City are not left out though, they too have several video game companies within their borders.

So with so many companies operating from within Canada, it should come as no surprise that the country is the birthplace of many great titles. Don’t believe us? Here’s the proof.

In more recent years, racing titles have begun to blur the lines between reality and video games. As a result, iRacing, Forza, and Gran Turismo have all built large followings.

But early pioneering titles like Need for Speed laid all the groundwork for the success of these other franchises. The first-ever game to bear this name was The Need for Speed, which was released in 1994 for 3DO and 1995 for PC and was followed up by a string of other titles, including Need for Speed III: Hot Pursuit and Need for Speed: Most Wanted.

Read Also  This Is Us Season 6: How Alexandra Breckenridge felt after Sophie and Kevin's scene

The Need for Speed: Underground game, released in 2003, was arguably the most successful game in the series after riding the wave of success created by the Fast and Furious movies.

For most of this long-running video game series’ history, Need for Speed has been developed by EA Canada and some of the company’s other Canadian subsidiaries. Work has been shifted to the UK, Singapore, and Sweden in more recent years, coinciding with a decline for the brand.

FIFA is one of the biggest video game franchises on the planet. EA has been churning out annual releases of its popular soccer title every year since 1993, though it recently announced it was ending its agreement with the sport’s governing body to go it alone.

For a game about a sport invented and enjoyed the most in Europe, you might have expected that one of EA’s British studios would have been a better fit to develop it. However, that isn’t the case, instead, EA Vancouver has been involved all the way through its history.

Its most recent FIFA game, FIFA 22 was a joint effort between EA Vancouver and EA Romania, but the Canadian team remains the lead.

Assassin’s Creed is another massive video game franchise. It was first released in November 2007 and has seen several new titles go on sale since.

It is different to many other action-adventure games because of its historical setting during the Third Crusade, resulting in era-specific scenery and weapons.

The series is published by Ubisoft, a French company, but much of the development for the games has taken place in Canada. The first game was the responsibility of Ubisoft Montreal, though Ubisoft Quebec and Ubisoft Toronto have also been heavily involved in more recent releases.