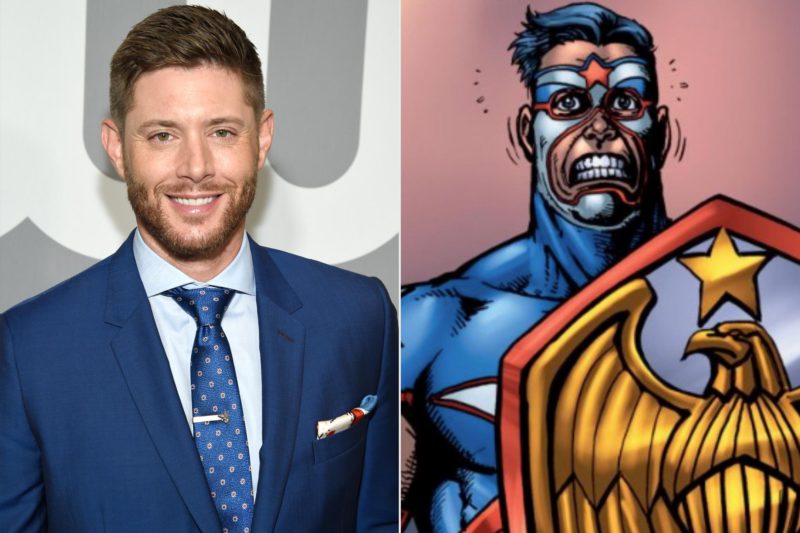 The creator of both fictions, Eric Kripke, has shared a first image of the unforgettable Dean Winchester on the set of the Amazon Prime Video series.

After fifteen years of watching him play Dean Winchester on the CW’s long-running Supernatural, it seems now is the time to assume that Jensen Ackles is now the new “anti-hero” of season three of The Boys. Also created by the former ‘showrunner’ of the famous series, Eric Kripke, the acclaimed Amazon Prime Video fiction based on the famous work Garth Ennis will introduce an important new character in the story that comes straight from the comics, Soldier Boy, and the producer and screenwriter wanted to have someone he knows very, very well for the role.

Precisely Eric Kripke has been the one who has shared the first image of Jensen Ackles on the set of season 3 of The Boys, anticipating his incorporation to cast as Soldier Boy and allowing us to see the radical change in the actor’s look regarding his appearance as Dean Winchester.

Read Also  Adele And Bruno Mars: The Past Not Everyone Knows!

In the image shared by Eric Kripke, Ackles sports a prominent beard that completely changes his face, although he is perfectly-recognized. Interestingly, the beard will be a distinctive element of how his character is described on paper since in the comics Soldier Boy is always clean-shaven. However, it is already customary for Kripke and his team to introduce changes regarding the characters created by Garth Ennis and Darick Robertson, without going any further than the sex change Stormfront, the villain of the second season.

Well, who is Soldier Boy? It is about a Vought superhero who worked in the comics, he was presented as a kind of version of Captain America and that, although he is the leader of Payback, his greatest desire is to be part of the Seven. The character is also described as “the first superhero” and is an important part of the history of the company, whose role in it dates back to the time of World War II. Soldier Boy was also the first human with superpowers to become famous among the population, precisely because of his important role in the war.

However, as we could not expect it to be otherwise, Eric Kripke will introduce us to a character quite changed to his paper version, being in the series, far from a lapdog from El Patriota ( Antony Starr ), a person who could generate many, many problems at a time when precisely the character will not go through his best moment in history.

As Soldier Boy, the first superhero, Jensen Ackles will bring a lot of humor, excitement, and danger to the role. I can’t wait to be on set with him again and bring a little ‘Supernatural’ to ‘The Boys’ [Eric Kripke]
Ackles’ role in The Boys marks his first job since Supernatural ended for good last December with the broadcast of its 15th season. Now, the time has come to leave Winchester behind and become a new enemy in the series. from Amazon.

With production underway, the filming of season 3 is expected to end in December, although Amazon Prime Video has not yet confirmed the approximate release date, it is likely that the premiere will take place in the first months of 2022.