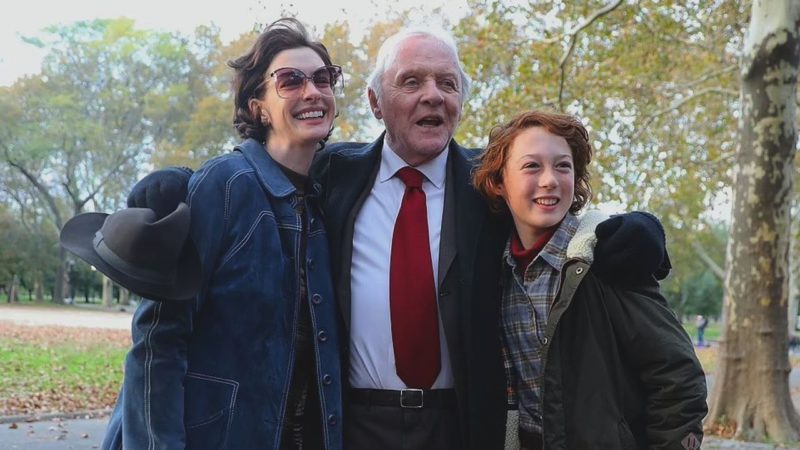 With the 2021 awards season finally over, the time has come to look to the future in cinema. Any movie buff worried about what’s to come needn’t worry: the Cannes Film Festival is on its way and its potential premieres are packed with talent. This March 14 the official list of films selected for the screening will be announced, and taking into account all the films that could be finished on time, we have an interesting list of films that can arrive in time for the festival and you can’t miss it.

Some titles have already been confirmed as part of the next edition, such as Baz Luhrmann’s Top Gun: Maverick and Elvis, but there’s a good chance you’ve already heard of them. Instead, in this list you will see a list of potential films that could premiere at the acclaimed festival and become future Oscar favorites. If they don’t, add them to your watchlists anyway, because you don’t want to miss any of them.

Steven Spielberg isn’t the only beloved director to reflect on his formative years with his next film The Fabelmans, due out in December. James Gray is plumbing the depths of his own childhood in Armageddon Time, set in Queens, New York. The film had been announced in May 2019, even before Ad Astra was released, and was set to star Robert De Niro, Donald Sutherland, Oscar Isaac, and Cate Blanchett. However, everyone left the project due to the problems caused by the coronavirus, but it was joined by major actors, such as Anthony Hopkins and Jeremy Strong, who is believed to play Gray’s father, as well as Anne Hathaway.

Luca Guadagnino has been linked to so many different film projects in recent years that it’s hard to believe he actually pulled off one of them, but, after a brief and brilliant retirement from television, Gudagnino is poised for his return, with Timothée Chalamet. , naturally. The Call Me by Your Name duo will return for another carnal tale based on the Camille DeAngelis novel of the same name, where a teenage girl (Taylor Russell) must try to shake off her cannibalistic tendencies. Chalamet will play her partner on a cross-country road trip through Reagan-era America, while Michael Stuhlbarg, Mark Rylance and André Holland will play small supporting roles.

Crimes of the Future (David Cronenberg)

“I have unfinished business with the future,” said the legendary director of The Fly, but surprisingly, Crimes of the Future, his first film since 2014, is not a remake of the 1970 film of the same name. Cronenberg shot the film in Greece last summer with a cast that includes Viggo Mortensen, Lea Seydoux and Kristen Stewart. Mortensen even anticipated that this film would see Cronenberg’s return to horror, and we can’t wait to see it.

The South Korean master of the thriller will return to Cannes with his first feature film in six years. His last film, The Handmaiden (considered his masterpiece) competed for the Palme d’Or but lost to Ken Loach’s I, Daniel Blake. However, Park will go to La Palma with this new film about which little is known. All we know is that it will star Park Hye-il (The Host and Memories of Murder) as a detective who investigates a murder and falls in love with a mysterious widow (Tang Wei) – the prime suspect in his investigation.

Following the Ronan Farrow articles, reporting on the Harvey Weinstein allegations was fueled by the journalistic efforts of Jodi Kantor and Meghan Twohey, with the book “She Said: Breaking the Sexual Harassment Story That Helped Ignite a Movement.” Starring Zoe Kazan as Kantor and Carey Mulligan as Twohey, She Said tells the story behind the work of Pulitzer Prize-winning women, the leading promoters of the #MeToo movement. German filmmaker Maria Schrader takes over her role as director again, after sweeping the Netflix miniseries Unorthodox. Anthony Hopkins in The Father (2020)

Read Also  3 movies to start the week with a smile

It’s not often that an Oscar winner reprises the role for which he won, but Anthony Hopkins will do just that with this sequel to The Father. Although the relationship between the films is not yet clear, we know that like The Father, The Son is also an adaptation of Zeller’s plays, and both are part of this trilogy that closes The Mother. While the first film focused on one man’s battle with dementia, The Son will shift the focus to the younger members of the family, with Hugh Jackman, Laura Dern and Vanessa Kirby joining the cast in the lead roles.

Following the phenomenal Mad Max: Fury Road, moviegoers have been waiting for George Miller’s return to the movies, and after seven long years, he’s finally here. Three Thousand Years of Longing centers on a scholar, played by Tilda Swinton, who offers the mysterious Djinn (Idris Elba) three wishes in exchange for his freedom. Their conversation takes place in a hotel room in Istanbul and will have surreal consequences for both characters.

The Way of the Wind (Terrence Malick)

Mark Rylance playing Satan in a Terrence Malick movie is basically all you need to know. The filmmaker behind The Thin Red Line has been working on this epic film about the life of Jesus Christ since 2019, and expectations are certainly high for the philosophical filmmaker’s interpretation of biblical material. Son of Saul star Géza Röhrig plays Christ in the film, which has been in post-production for more than two years but is rumored to be ready for Cannes.

We’ve been waiting for Aronofsky’s return since Mother! in 2017, and he’s back in the director’s chair for the eighth time with The Whale. Brendan Fraser (who will be full of prosthetics) plays Charlie, an obese man weighing more than 600 pounds, who leaves his family for his gay lover. Charlie’s lover dies, and in the midst of grieving for him, Fraser’s character tries to reconnect with his teenage daughter (Sadie Sink). Adapted by Samuel D. Hunter from his own play of the same name, this grotesque psychological torment grants Aronofsky a chance to execute his most provocative experience since Requiem for a Dream. But will he land in the same audience split as Mother! or will he become another pop culture phenomenon like Black Swan? And, more importantly, will we see Brendan Fraser plant his way to the Oscar with a win for Best Actor?

Read Also  The best parodies of the iconic Psycho scene

It’s been more than a decade since Canadian director Sarah Polley’s last narrative feature, with the lovable Take This Waltz, but her long-overdue return seems to have all it takes to remind audiences what a great filmmaker she is. The film adapts the novel by Miriam Toews in which several women hold a secret meeting where they speak freely about the violations they have suffered as part of their community. Polley has the enviable ability to find humanity in heavy and difficult subject matter, turning even dark moments into absorbing portraits of resilience. As if something were missing, the film has a fabulous supporting cast that includes Frances McDormand, Ben Whishaw, Rooney Mara, Claire Foy and Jessie Buckley. On the other hand, Icelandic composer Hildur Guðnadóttir (Joker) will provide the soundtrack for the film to be produced by Plan B Entertainment, with Brad Pitt on board as producer along with McDormand.