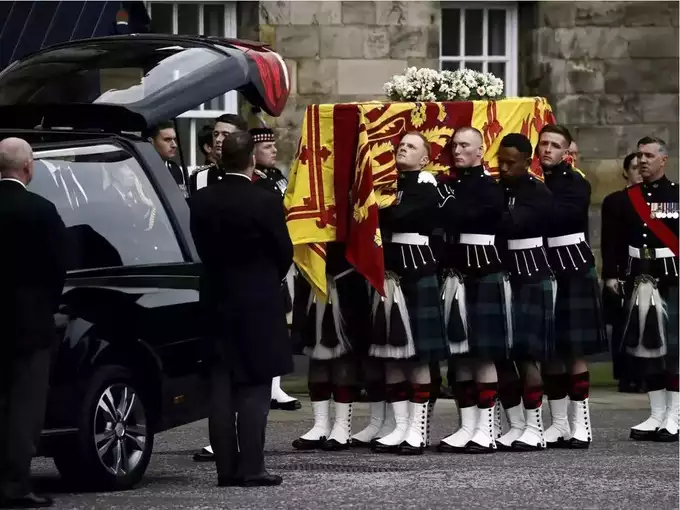 More than 2,000 people attended the state funeral of Elizabeth II and millions more followed her on television, but the British royal family had the opportunity to say their final goodbyes in private on Monday night before she was buried at Windsor Castle. with her husband the Duke of Edinburgh and her father, King George VI.

This religious service was held behind closed doors at half past seven in the evening, officiated by the Deacon of Windsor. The eight members of the 1st Battalion Grenadier Guards who were tasked with carrying the late monarch’s coffin during the procession from Westminster Hall to Westminster Abbey and later to St George’s Chapel were also responsible for moving it to the Royal Vault in the King George VI Memorial Chapel.

General Lord Dannatt, former Chief of Staff of the United Kingdom, has been in charge of confirming this last detail in the framework of the tribute he has paid to the Armed Forces for their work during all the public acts that have taken place after his death of the monarch. In particular, he wanted to highlight the work of the pallbearers because all the responsibility falls on their shoulders.

“A lead-lined coffin is very heavy, and maneuvering that precious cargo up and down steps, up and down battle tanks and catafalques, in and out of vehicles – all under the constant gaze of billions of people in the television, not to mention the scrutiny of His Majesty the King, the royal family and senior members of the Home Division – is no easy task,” Dannatt told the Daily Telegraph newspaper. “These young guards deserve special praise. Even when the cameras turn off at the end of the day and the last private service is held at St George’s Chapel, Windsor, their duty will not be over. Deep within the Royal Vault, Beneath the chapel, the pallbearers will have one last unseen task: moving the late Queen’s body to its final resting place near her husband, the Duke of Edinburgh, and her father, King George VI. Once it’s all over, these young people will be able to relax and reflect on their extremely difficult job, extremely well done.”