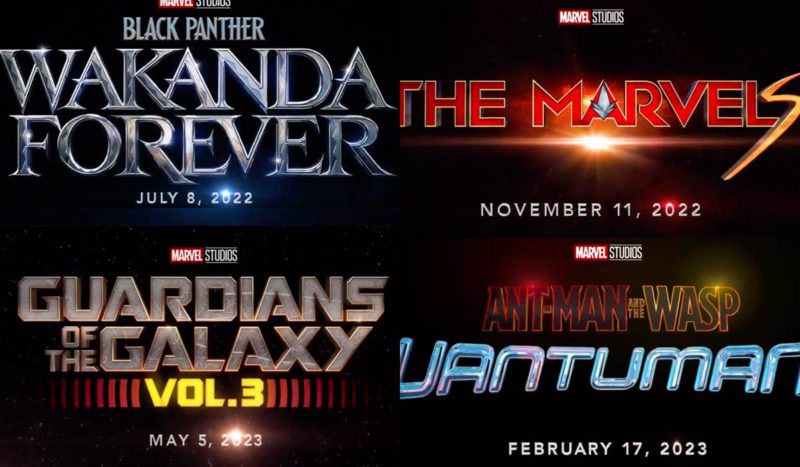 The studio has shown new images of ‘Black Widow’ and has set a release date for the installments of Phase 4 of the franchise. Finally, he has also advanced ‘The Fantastic Four’, which will be directed by Jon Watts.

Marvel Studios has given their fans a new appetizer for their Phase 4. The studio has published a video about the different film installments of this new stage of the franchise in which, in addition to showing new material from titles such as Black Widow and Shang-Chi and the Legend of the Ten Rings, it has also revealed the first look to Eternals and the official titles of Captain Marvel 2 and Black Panther 2. Finally, the studio has advanced The Fantastic Four, a film directed by Jon Watts, the same director behind the cameras of the Spider-Man trilogy withTom Holland.

Black Widow will hit theaters and Disney + (via Premium Access ) on July 9. The film, a prequel about Natasha Romanoff, is directed by Cate Shortland and stars Scarlett Johansson again as the Avenger, Florence Pugh as Yelena Belova, David Harbor as Alexei Shostakov / Red Guardian, and Rachel Weisz as Melina Vostokoff. As for Shang-Chi and the Legend of the Ten Rings, the film of Destin Daniel Cretton introduces a new character played by Simu Liu. Awkwafina and Tony Leung round out the main cast. The film opens in theaters on September 3.

As for Eternals, the film is one of the most ambitious of Phase 4 of the Marvel Cinematic Universe. It is directed by Chloe Zhao, winner of the Oscar for Best Director for Nomadland. In the absence of a trailer, the Marvel Studios video has revealed the first look at its characters. The cast consists of Angelina Jolie as Thena, Richard Madden as Ikaris, Salma Hayek as Ajak, Kumail Nanjiani as Kingo, Dong-Seok Ma as Gilgamesh, Lauren Ridloff as Makkari, Brian Tyree Henry as Phaistos as, Kit Harington as Dane Whitman / Black Knight, Gemma Chan as Sergei, Lia McHugh as Sprite, and Barry Keoghan as Drug.

ALSO READ: Marvel Studios are amazed at how good the movie The Eternals is

The film, which opens on November 5 and whose story will take place over 7,000 years, follows the Eternals, a race of superhumans created by the Celestials to become the protectors of Earth.

As for Black Panther 2 and Captain Marvel 2. The sequel to T’Challa’s solo film will be titled Black Panther: Wakanda Forever and will be directed by Ryan Coogler, who has already been behind the scenes in Black Panther. Chadwick Boseman, who gave life to the King of Wakanda, passed away in August 2020 and will not be replaced by another actor. Captain Marvel 2, on the other hand, is titled The Marvels. Directed by Nia DaCosta, the film will reprise Brie Larson as Carol Danvers, but also with Iman Vellani as Kamala Khan / Ms. Marvel – a character who will be introduced in the Ms. Marvel series – and Teyonah Parris as Monica Rambeau, who gained powers during the events of Scarlet Witch and Vision.

Read Also  Who Is Chloe Zhao? Second Woman Who Won The Oscar For Best Director

Finally, Marvel Studios has not yet set a release date for The Fantastic Four. He has only advanced that it is one of his future projects with the film’s logo.

The Walking Dead: Who Is Deaver? The New Character Everyone Is Talking About