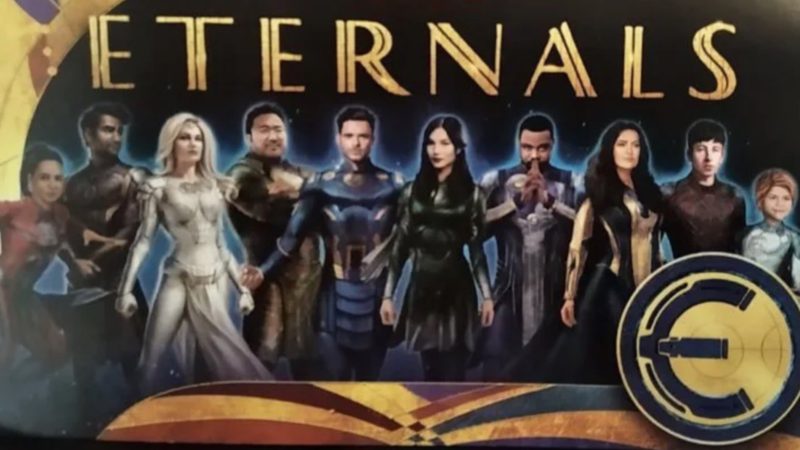 There wasn’t even a proper trailer for the upcoming MCU film “Eternals”, but fans may have found the first mistake: a cameraman can be clearly seen.

Yesterday, Marvel surprised fans of the Marvel Cinematic Universe (MCU) with a big preview of the upcoming films from Phase 4. As a result, we finally got our first impressions of ” Eternals “, probably the biggest MCU film in the foreseeable future. After all, we are introduced to a completely new superhero troupe and the plot spans 7,000 years of human history.

Although “Eternals” was supposed to start in November 2020, we had to wait for a trailer so far. The fans were all the more curious about the first official pictures – but in which an error may have crept in. After all, in the supposedly biggest scene in which we see the Eternals around Richard Madden (“Game of Thrones”) and Angelina Jolie (“Maleficent – The Dark Fairy”) united, a cameraman can be clearly seen:

Isn’t the cameraman in “Eternals” not a mistake at all?

On the left edge of the picture is a person who is undoubtedly holding a film camera in his hands. The first assumption is, of course, that the cameraman was simply not cut out with special effects, as it only happened in the last season of “The Mandalorian”. But maybe this isn’t a mistake at all.

Comedian Kumail Nanjiani (“The Big Sick”) finally plays Kingo in “Eternals”, who used his fighting skills to become a movie star in modern times. Perhaps not by chance, Kingo is exactly the person standing to the right of the cameraman. So maybe he is simply accompanied by a cameraman who stumbles unexpectedly into the big gathering of the Eternals.

We can be curious whether the corresponding scene, including the film camera, can be seen in a real “Eternals” trailer. If not, fans in the cinema should wait all the more eagerly for that moment to see whether this is a mistake or not. Fortunately, we don’t have to wait too long: On November 4, 2021, “Eternals” should finally start in cinemas.

Read Also  Langdon: Here's Everything We Have Known So Far

You will soon meet many new Marvel characters. But how well do you know the names of the previous ones?

Deadpool 3: Will It Feature Hugh Jackman?