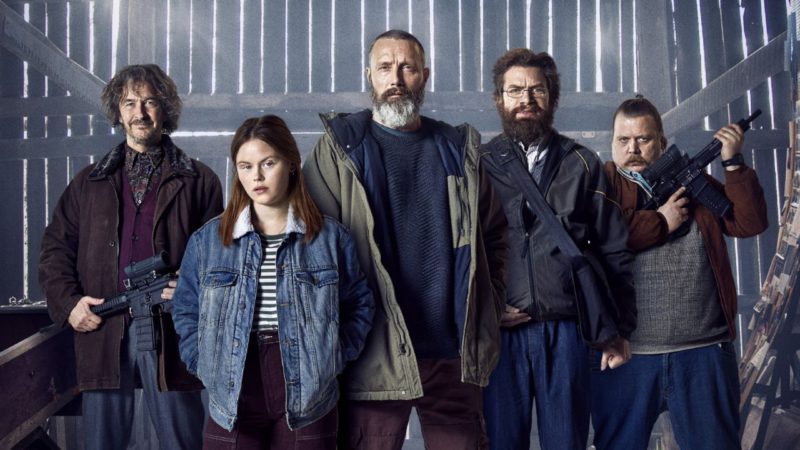 What is the perfect movie? How does it conform? It’s a drama? A comedy? Undoubtedly, making a perfect film is a complicated, almost impossible task. But from time to time, that exception to the rule appears, which becomes somewhat painful if the film goes unnoticed by the audience.

Despite being an unrivaled success at the Danish box office, this film starring Mads Mikkelsen (who will play the wizard Gellert Grindelwald in the third Fantastic Beasts film), was completely ignored by much of the world audience, and it’s a real shame . But fortunately, the film has found its second chance on Netflix.

In the same year that he starred in the Oscar winner, Another Round, the acclaimed Danish actor also surprised with Retfærdighedens ryttere, known on Netflix for its Spanish translation as Justicieros, a Danish film directed by Anders Thomas Jensen. “When new evidence emerges about his wife’s death, a hardened soldier (Mikkelsen) enlists the help of three unusual men to uncover the truth,” reads the official synopsis for Riders of Justice (as the film is also known in English). ).

Beginning with a devastating tragedy in which the wife of Mikkelsen’s character dies, a statistical scientist who survived the accident suspects that due to statistical probability, there is no way the event could have been a simple fluke, and finds a dangerous connection that will be enough proof that Mads’ complicated and tough character decides to unleash his wrath.

The interesting thing, however, is that its director and writer choose to give the film one more twist and elevate it to the sublime. Being able to get down to basics with a new John Wick/Taken twist, Anders adds to the film a great deal of humor, scenes with dramatic power and a spectacular mix of complex and funny characters.

Whether it’s a complicated dynamic between father and daughter involving bullying due to fatphobia, anxiety and bipolar problems, trauma due to sexual harassment and past mistakes, fragile masculinity, toxic masculinity and thousands of other issues combined with action scenes and black humor turn This film is the definitive version of the “men will literally go after a mafia instead of going to therapy” meme, and that is what makes it a contemporary masterpiece.

Justicieros gives us the perfect dose of drama, action and comedy thanks to a masterful script by Anders Thomas Jensen who knows how to balance tones, build highly endearing characters and create plots that can be reflected in a sublime way thanks to a sensational cast led by Mikkelsen.

Justicieron is available on Netflix in Latin America, but can be seen on Movistar Plus in Spain.

Chicago PD: What we suspected about why actor Jon Seda left the police series