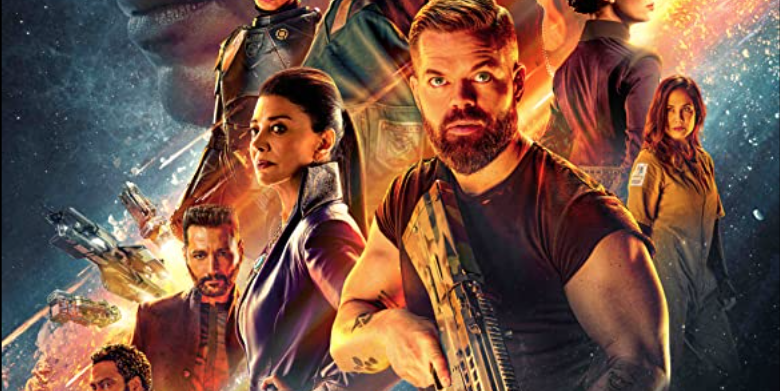 The Expanse is one of the most popular and anticipated American science fiction television series. It is created by Mark Fergus and Hawk Ostby and the story is adapted from James SA Corey’s Expanse series of novels. In the upcoming future, mankind has colonized the entire solar system and this amazing series is exactly based on this storyline and time period.

According to Daniel Abraham and Ty Franck, the series season 6 will actually be a pause rather than a finale end. Alcon Entermaintenment is very committed to IP according to Andrew Kosove and Broderick Johnson.

Season 6 of Expanse finally has a  release date which is surely good news for all the fans out there. The sixth and final season of the series will premiere on December 10, 2021. Isn’t this very wonderful news for all the viewers especially when it’s the holiday season. The series will have a total of six episodes that will be streamed on Amazon Prime every Friday until January 14th 2022. It creates a big confusion amongst all the viewers because of how the series is going to be concluded in just 6 episodes. But makers have also said nothing on the same. So we can only get an idea about it once the series gets released on the streaming giant.

The sixth and the final season of The Expanse picks up a war with the solar system ad Marco Inaros and his free navy continue to launch the devastating asteroid that attacks Earth and Mars. Now as a result of all the tensions of war and shared loss threaten to pull the crew of the Rocinante apart. AFterwards, Chrisjen Avasrala also makes a bold move by sending the former Martian Marine Bobbie Draper on a secret mission that could totally bring upside down the situation of all the conflicts.

At the same, in the Belt, Drummer and what all is left for his family are on run after betraying Marco. Now on a distant planet beyond the rings, a new power begins to rise. Amazon Prime described the upcoming season of the series somehow in this way.

The Expanse Season 6 Is Going To Be Significant?

According to the reports which we have got we can say yes The Expanse is going to be a significant one. Franck also stated:

“I think, the thing that season six does is it pays off the story that we began in episode one of season one where the Martians, the Earthers and the Belters were all in this incredibly uneasy and unstable political system with the Belters absolutely being at the foot of that table and everybody fighting for their place in the solar system.

I think we pay off that story in a very satisfying way. And we keep some of the mystery intact involving the greater forces of the universe that humans are only starting to become aware of. If we want to tell more stories.”

Fortunately, we do have an official teaser for season 6 of The Expanse that was recently revealed which is exactly what fans have been waiting for. Now they all will be able to see what’s coming up next. In the teaser, both Earth and Mars are subjected to a barrage of asteroid assaults that are led by Marc Inaros. The teaser shows New York engulfed in flames and flooded. with Avaralasa declaring, “We’re broken”. Below is the official teaser for the upcoming season. You can watch the teaser trailer on Amazon Prime Video or below:

So, this was all the information which we had about The Expanse season 6. Although it comes out as disappointing news that the series will only have six episodes but something is better than nothing. However, we still expect to get an amazing action-packed season.

The Expanse is available to stream on Amazon Prime Video. For other updates regarding the series, keep visiting our website as we will constantly update all the new updates here so that you don’t miss out on anything.

The Lord of the Rings Release Date: Is it coming to Amazon in November 2021?