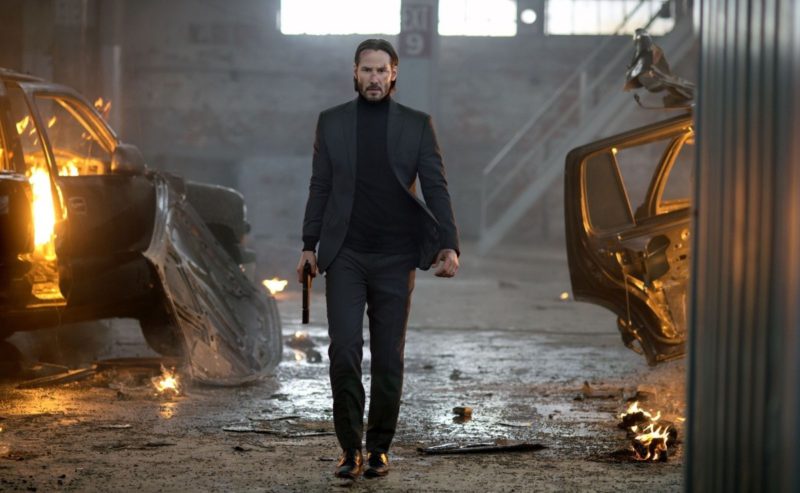 Keanu Reeves has been experiencing one of the best moments of his career for some time now, and largely due to the impressive success that each of the ‘John Wick’ installments have had over the years. However, the fourth installment of the franchise has been through different problems, and now the first promotional art has been revealed.

Throughout each of the ‘John Wick’ films, different stars have paraded, such as Willem Dafoe, Halle Berry, Ruby Rose, and Laurence Fichburne, with whom Keanu Reeves had already shared credits in the science fiction films of ‘ Matrix’. And it is expected that high caliber stars will continue to join in the future.

It might interest you: The true story that inspired John Wick, the movie with Keanu Reeves

The new members that will join ‘John Wick 4’ confirmed so far are Hiroyuki Sanada, and Donnie Yen, star of another saga of iconic action movies such as ‘IP Man’. But since these announcements, the only news about the next installment in the saga is that it was delayed more than a year, until 2023.

It might interest you: Keanu Reeves donated half his salary to the fight against leukemia

Initially, ‘John Wick 4’ and ‘The Matrix: Resurrections’ were going to be released on the same day in theaters in 2022, however, due to problems with the health situation around the world, the film about the “Baba Yaga” had to be delayed until next March 24, 2023.

Is the first trailer for ‘John Wick 4’ near?

Given the long wait for the film, it was expected that the advertising campaign for the next film in the franchise would begin within the next few months, close to the launch. However, an image from CinemaCon, which is currently taking place, reveals Keanu Reeves’ new look.

Through Bleeding Cool, via Discussing Film, the first promotional art for ‘John Wick’ has been revealed, which seems to keep the subtitle “Chapter 4” like the previous installments, and not like the rumors about a supposed change in the title would arrive with the next installment, which was supposed to be “Hagakure”.

Apparently, the color scheme for this installment will change again, as each of the previous installments has done, in addition to having a clear focus on traditional Japanese culture, as well as the plot. Some believe the first trailer will arrive at CinemaCon, while others believe it’s unlikely.

Fear The Walking Dead Season 7: Who Is FATHER Really And What Does It Mean?