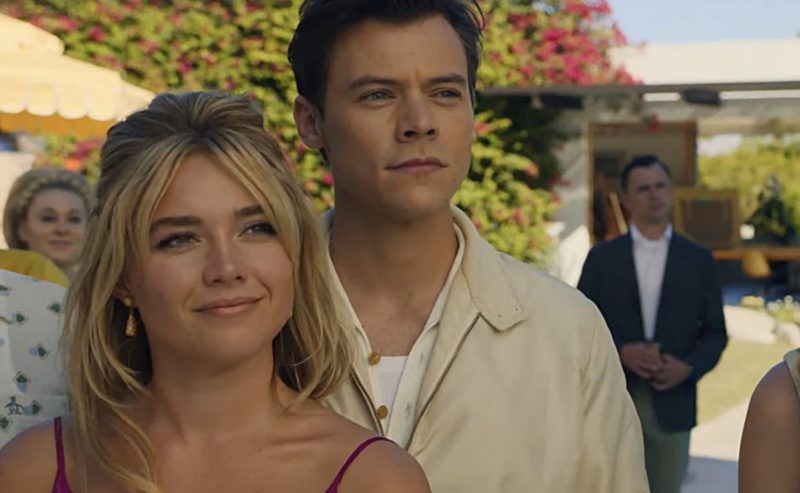 After a long wait, and some leaks that only raised the excitement of some fans, Olivia Wilde has presented the first trailer for her new psychological thriller, ‘Don’t Worry Darling’, a sensual film starring Florence Pugh and the singer and actor Harry Styles.

During the celebration of CinemaCon, where companies such as Disney, Warner Bros or Legendary are presenting news of their next projects, the director and actress Olivia Wilde has presented the first preview of ‘Don’t Worry Darling’, after her successful ‘Booksmart ‘.

It might interest you: Harry Styles will have explicit scenes in Don’t Worry Darling

With a totally different genre such as the psychological thriller, the trailer for ‘Don’t Worry Darling’ had already been leaked on social networks, but now it has already reached the official accounts of the film in high quality, and we can see Harry Styles and Florence Pugh as a couple living in the California desert.

It might interest you: Don’t Worry Darling, a thriller with Florence Pugh and Harry Styles

Read Also  It changed their lives: This is how Amber Heard and Johnny Depp look six years after their divorce

The story of ‘Don’t Worry Darling’ is set in the fifties, in an experimental community where a seemingly perfect young couple is living a normal life, but suddenly she begins to suspect that her husband’s company may save Secrets you don’t know about.

When does ‘Don’t Worry Darling’ with Florence Pugh and Harry Styles premiere?

The release date of ‘Don’t Worry Darling’ will be next September 23, 2022 in theaters around the world, as announced by the trailer for the film that will be distributed by Warner Bros. In addition to those already mentioned, director Olivia Wilde, Sydney Chandler, Gemma Chan, Chris Pine, among some others, will also act.

In the direction is the aforementioned Olivia Wilde, while in the script is Katie Silberman, who worked on the story created by Carey and Shane Van Dyke. During the presentation at Ceasars Palace at CinemaCon 2022, the director mentioned that her story is inspired by ‘The Matrix’, ‘Inception’ and ‘The Truman Show’.

“It’s a love letter to movies that push the limits of our imagination,” said the director. And she asked the audience: “What would it cost to sacrifice that perfect life? Would you be willing to make that sacrifice in order to do the right thing? So we can expect ‘Don’ Worry Darling’ to also have a sci-fi twist.