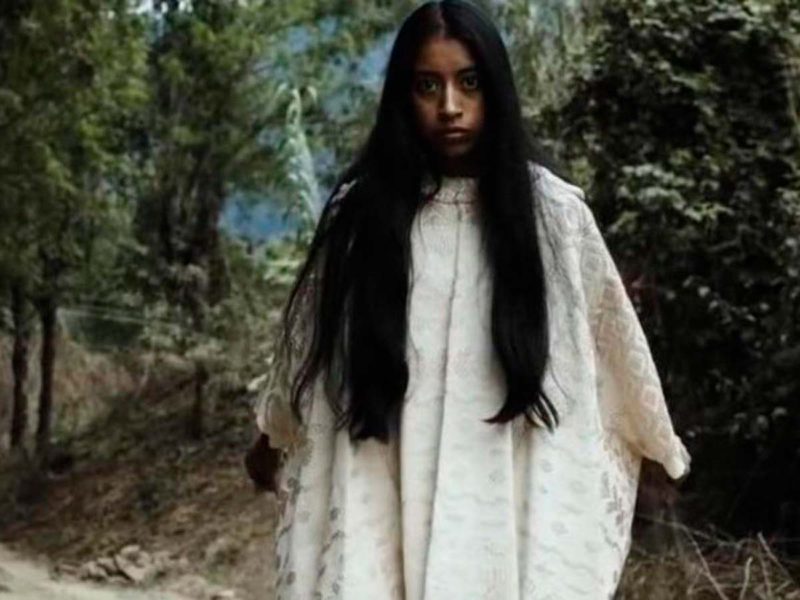 The Ibero-American Film and Audiovisual Platinum Award Gala, which will be held on October 3 in Madrid, and will be broadcast on televisions throughout Ibero-America, will crown the Best Ibero-American Fiction Film, among which the Colombian starts as nominees The oblivion that we will be by Fernando Trueba, the Guatemalan The weeping woman by Jayro Bustamante, the Spanish Girls by Pilar Palomero and the Mexican New Order by Michel Franco. In the case of the category for Best Ibero-American Cinematographic Miniseries or Teleseries, the list of finalists is made up of the Mexican Someone has to die by Manolo Caro, the Spanish Antidisturbios, by Rodrigo Sorogoyen and Isabel Peña, the Colombian Theft of the Century, by Pablo González and Camilo Salazar Prince, and the Spanish Patria, by Aitor Gabilondo.

The reading of the nominations, which took place on the morning of Monday, July 19 at the Caja de la Música Auditorium of the Madrid City Council, was carried out by Belén Rueda, Paulina García, winner of the PLATINUM Award for Best Female Performance in the 1st edition, and Manolo Caro, who lived the news that his series Someone has to die has obtained 4 nominations. In the television section, the work with the most nominations is the Spanish series Patria, which has 5, which is followed by the aforementioned Someone has to die, the Colombian The theft of the century and the Spanish La casa de papel with 4 nominations. For their part, the film productions with the most nominations are the Colombian El Forgotten We Will, by Fernando Trueba, and the Guatemalan La Llorona, by Jayro Bustamante, both with 11 nominations.

This presentation was attended by Enrique Cerezo, president of EGEDA and Premios PLATINO, and Rebeca Grynspan, general secretary of SEGIB in what was one of his last public acts in office, which he held until 2022. Both have been joined by Miquel Iceta , recently appointed Minister of Culture and Sports of Spain, Marta Rivera, Minister of Culture of the Community of Madrid, José Luis Martínez Almeida, Mayor of Madrid, Adrián Solar, President of FIPCA, Miguel Ángel Benzal, CEO of EGEDA and the PLATINO Awards, as well as Lucas Vidal himself, composer of the Ibero-American Anthem, all of them accompanied by distinguished personalities from Ibero-American diplomacy and the cultural and audiovisual industry.

In category a Best Ibero-American Fiction Film those already mentioned concur The forgetfulness that we will be, La llorona, Girls and New Order, while the nominees for Best Direction are Fernando Trueba for The oblivion that we will be, Icíar Bollaín for Rosa’s wedding, Jayro Bustamante for La llorona and Michel Franco for Nuevo Orden.

For their part, the finalist actresses in the category of Best Female Performance They are Candela Peña for Rosa’s Wedding, María Mercedes Coroy for La llorona, Regina Casé for Três Verões and Valeria Lois for Las Siamesas, while the candidates for Best Male Performance They are Alfredo Castro for I am afraid of a bullfighter, Diego Peretti for The theft of the century, Javier Cámara for The forgetfulness that we will be and Miguel Ángel Solá for Family Crimes. To the new categories of the PLATINO Awards for its VIII Edition, Best Supporting Male Performance and Best Supporting Female Performance, They choose, respectively, Alfredo Castro for The Prince, Diego Boneta for New Order, Jorge Román for Killing a Dead and Julio Díaz for La llorona in the male part, and Kami Zea for The forgetfulness that we will be, Nathalie Poza for Rosa’s wedding , Sabrina de la Hoz for La llorona and Yanina Ávila for Family Crimes in the female section.

Read Also  Actors of Netflix's "The Crown" mourn the death of Prince Philip: what did they say?

In television categories, they have been nominated for Best Ibero-American Cinematographic Miniseries or Teleseries the already named Someone has to die, Riot control, Theft of the century and Homeland. In the case of the candidacy for Best Creator in a Miniseries or Teleseries, another of the novelties of the VIII Edition of the PLATINO Awards, will be attended by Aitor Gabilondo for Homeland, Álex de la Iglesia for 30 coins, Álex Pina for La casa de papel and Rodrigo Sorogoyen and Isabel Peña for Anti-riot.

In section a Best Documentary Film, the candidates are Babenco – Alguém Tem que Ouvir or Coração e Dizer: Parou, by Bárbara Paz, Letters wet, by Paula Palacios. The mole agent, by Maite Alberdi, and The year of the discovery, by Luis López Carrasco. For its part, for the PLATINO Award for Best Ibero-American First Feature, which recognizes the commitment of producers to new talents from the Ibero-American industry, they choose Canción sin nombre, by Melina León, Las chicas, by Pilar Palomero, Matar a Pinochet, by Juan Ignacio Sabatini, and To kill a dead man, by Hugo Giménez.

Applicants for recognition as Best Animated Film They are El camino de Xico by Eric Cabello, La gallina Turuleca Eduardo Gondell and Víctor Monigote, O Pergaminho Vermelho by Nelson Botter Jr. and Un disguise for Nicolás by Eduardo Rivero. Finally, the nominees for the PLATINUM Award for Cinema and Education in Values ​​are Adú, by Salvador Calvo, The mole agent, by Maite Alberdi, The forgetfulness that we will be, by Fernando Trueba, and Our mothers, by César Díaz.