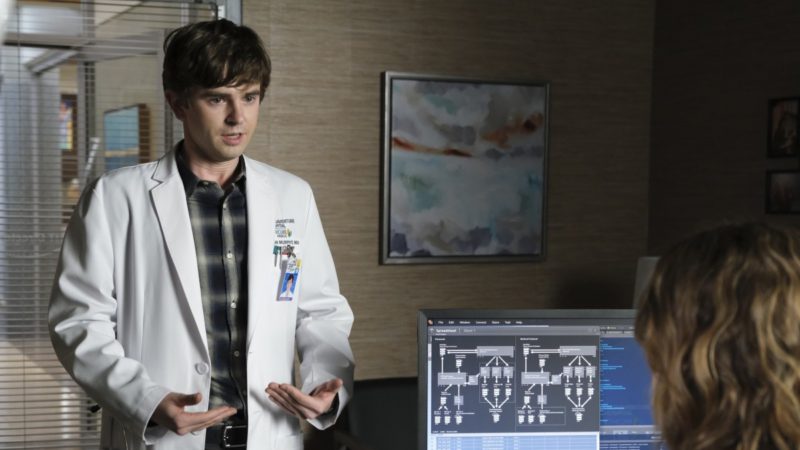 The ABC television network has renewed its medical drama The Good Doctor, for season 6. This news comes as we approach the final moments of the fifth installment and after the network has also already renewed the Grey’s Anatomy dramas (for the season 19) and Station 19 (for season 6) and the sitcom Abbott Elementary (for season 2). However, this is what is known from the last episodes of Shaun (Freddie Highmore) and Leah (Paige Sparra).

The final episodes of the fifth season of The Good Doctor have been showing how all the members of the hospital are fighting against the strict policies that the new director of the compound, Salen (Rachel Bay Jones), has adopted. Since her arrival, she has only brought problems and death to several patients who really needed help.

However, during episodes 11 and 12, which aired on March 21 and 28, viewers saw how members of the board of directors of St. Bonaventure Hospital hired journalists with hidden cameras to record everything that was happening with the patients.

In addition to the hospital situation, Leah and Shaun’s relationship continues to have some problems as the date of their marriage approaches, and according to the first images that were shown of this installment, things did not end well for both. Especially after Shaun says “No” to Leah at the altar.

Interestingly, now that the ABC television network has confirmed that The Good Doctor will have a season 6, they have decided to celebrate the announcement with an emotional video that was published by the official Instagram account of the program. Check out the beautiful video below.

The Good Doctor has been a steady performer for ABC, maintaining its 0.4 demo rating throughout the weeks. According to the network, the drama is the number 1 entertainment series in the 10 pm slot (in the United States), which is why it receives its renewal without any problem.

The Good Doctor season 5 has also averaged 10.5 million total viewers and a 2.1 demo rating after 35 days of viewing on ABC’s linear and digital platforms. However, the medical drama has not been the only one to receive a renewal from the network.

Read Also  Outlander Season 6: The story that was difficult to bring from book to screen

What is the release date of Sonic 2, the movie