The hidden gem on Netflix to enjoy action and superheroes 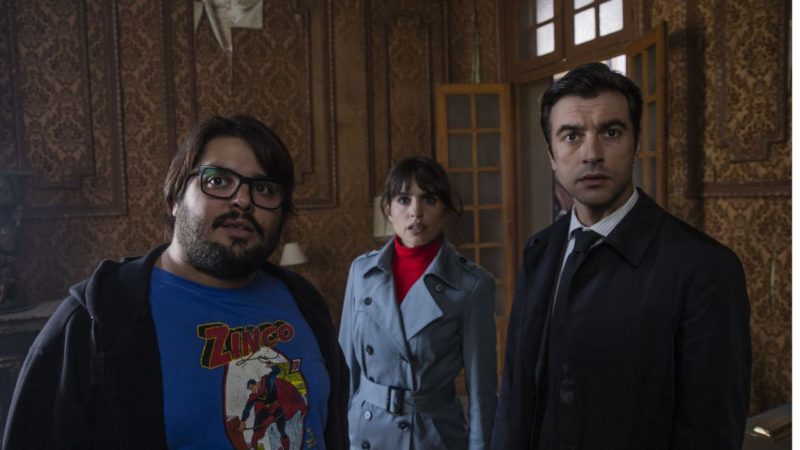 Ever since Marvel began to venture into the world of movies, superheroes have become a huge gold mine. There are several studios and productions that decided to bet on this genre.

In this way, we have seen films focused on the iconic characters of DC Comics as well as completely original and new films. Sometimes they work, and other times they fall by the wayside.

Like all of them, Netflix also decided to bet on this world. Within its catalog, users can find a movie with many action scenes. However, it is not for everyone to see. Look what it is!

Secret Origins is a Spanish film that came out in 2020 and premiered on Netflix. Behind this production is David Galán Galindo, who was in charge of occupying the director’s chair. Regarding his cast, it is made up of figures who have achieved a successful career in Spain as in other countries. Among them are Javier Rey, Brays Efe, Verónica Echegui, Ernesto Alterio, Antonio Resines, among others.

?This superhero film received three nominations for the Goya Awards, specifically in the XXXV Edition. In this way, it competed in the categories of Best Adapted Screenplay, Best Special Effects, and Best Makeup and Hairstyling.

As for its history, it focuses on Madrid. The famous Spanish city has a serial killer who is sowing terror and chaos. The murders are not connected and reference the first appearances of the superheroes.

Cosme, the best detective in his entire police station about to retire, and David, his substitute, will try to solve this case that is tormenting the citizens. To do this, they will have the help of Jorge Elías, a geek and owner of a comic book store, and Norma, a fan of cosplay. The four will form a great team, but David’s past will be key to understanding what is happening around him.

Secret Origins joined Netflix to conquer the geek public. It is a film that is full of references to famous comics and, of course, iconic superheroes. His story has a certain ingenuity and is made attractive; but it is important to let yourself get into it in order to enjoy it.

Did not have with Kirsten Dunst, Amy Schumer planned prank on Alec Baldwin at Oscar 2022