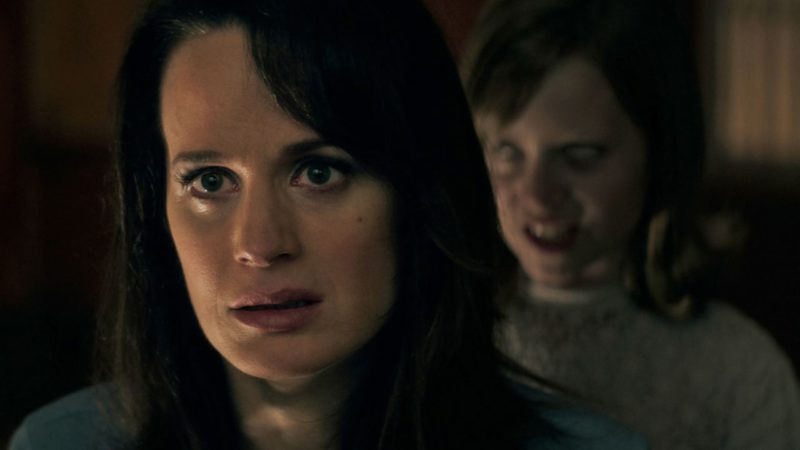 In 2014, audiences and critics around the world walked out of the theater truly terrified after seeing Ouija, but not in a good way. The film was a genuine horror for the art of cinema, with cheap scares, unlovable characters making the wrong decisions, and an uninteresting story. Still, the film was made on a shoestring budget and was extremely profitable, so (unsurprisingly), the studio ordered a sequel.

Regardless, the ensuing project quickly became interesting, as acclaimed horror film director Mike Flanagan was tapped to write and direct the film. Known and acclaimed today for films such as Gerald’s Game and the sequel to The Shining starring Ewan McGregor, Doctor Sleep, as well as for revolutionizing horror on television with his series for Netflix, The Haunting of Hill House, The Haunting of Bly Manor and Midnight Mass, Flanagan took a risk in 2016 (before all these successors in his career) that certainly paid off and cleared the name of the Ouija board in cinema.

Ouija: Origin of Evil (Ouija: Origin of Evil) begins with the dirty old Universal logo that once preceded the horror movies of the 70s. Flanagan’s film takes place in 1967, and tells the story of the character played by Lin Shaye in the first film. Portrayed here by Annalize Basso, Lina Zander is the eldest daughter of Alice (Elizabeth Reaser), a medium whose house is full of tricks to fool clients into believing they are truly experiencing something supernatural.

In a wonderful opening scene, we see Lina and her younger sister Doris (Lulu Wilson) hide in the background and work on the “special effects” for the shoot, while Alice provides what she considers comfort to those bereaved. the loss of loved ones. The opening scene accomplishes a lot, providing both scares and humor as the family bond between the Zanders is established.

However, this “innocent” work dynamic maintained by the family becomes more complex after a Ouija board is introduced into this process, and the spirit invoked by the board forms a particular bond with little Doris. It is there where the true terror of the film will begin.

The film also stars Henry Thomas, who plays Father Tom, a priest who works as a teacher at the school Lina and Doris attend, and strikes up a friendship with their mother Alice. This role was the one that revived the career of Thomas, who left Hollywood after conquering it in his youth as little Elliott in ET: The Extra-Terrestrial, Steven Spielberg’s acclaimed classic.

This film also marked the first collaboration between Henry Thomas and Mike Flanagan, who have worked together on all of the director’s projects since then. In both the Haunting and Midnight Mass series, the actor successfully returned to the cameras with complex and profound roles where he displayed all his talent and range. What’s more, the actor even took the risk of putting himself in the flesh of Jack Nicholson’s Jack Torrance in Doctor Sleep, during some flashback scenes that Danny had, now an adult.

Flanagan and Thomas will work together again for the new Netflix horror series, The Fall of the House of Usher, where they will work with other returning directors such as Carla Gugino and Kate Siegel (Flanagan’s wife), as well as with the legendary actor of Luke Skywalker, Mark Hamill.