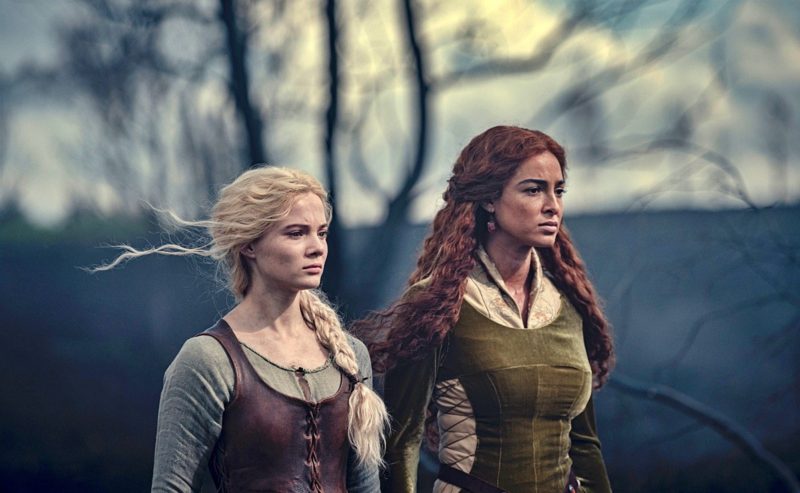 The premiere of ‘The Witcher’ on Netflix was so unexpected that they started with the next seasons and spin-offs based on this universe. The third season of the fantasy series is currently in production, but it looks like a major character may not be back.

It has recently been confirmed that the third season of ‘The Witcher’ has started filming, and Anya Chalotra as Yennefer, Freya Allan as Ciri and Henry Cavill as Geralt De Rivia, will be back in the story of this new adventure, which has added 4 new actors to the cast.

It might interest you: Season 3 of ‘The Witcher’ adds 4 movie stars

It is likely that in the coming weeks the cast of new characters that will be introduced in the third season of ‘The Witcher’ will be further expanded. However, there is an actress who has confessed that she does not know if she will appear in the story of the new adventures alongside Henry Cavill.

It might interest you: Rumor: There will be new prequels of The Witcher on Netflix

This is Adjoa Andoh, who gave life to the priestess Nenneke, who, for fans of the fantasy series, will remember that he is one of the most important characters in the second season of ‘The Witcher’, and that, if the new chapters faithfully adapt the third book, it might not return.

Nenneke may not return to ‘The Witcher 3’

According to previous information revealed by the showrunner of the series Laren Schmidt Hissrich, the plot of the third season of ‘The Witcher’ will adapt the book by Andrzej Sapkowski, ‘Time of Contempt’, in which the character of Nenneke does not have a important role in the story.

It is true that its relevance in the plot could be reduced to a minimum, but we will have to wait until the filming of the third season ends, and more details are given in this regard. The third season of ‘The Witcher’ does not have a release date, but it is expected to arrive at some point in 2023.

The Walking Dead: The curious article of clothing that Rick Grimes was always wearing

Law & Order SVU: What happened to the spin-off of the drama that was canceled in 2018?