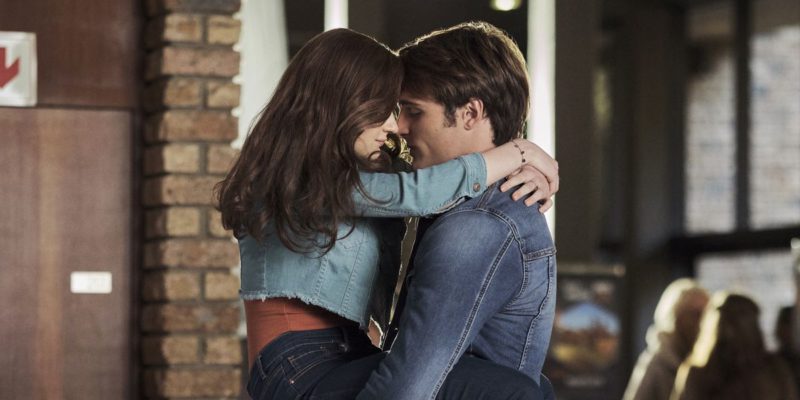 After it was briefly unclear when “The Kissing Booth” would continue, the stars of the film are now announcing the official start date on Netflix.

Netflix answered our prayers and those of all fans of “The Kissing Booth”. After the news reached us last Friday that “Kissing Booth” 3 is coming later than we all expected, there is now the first official announcement from the main cast in person. Waiting for series and films has unfortunately become a hobby during Corona times, as the production processes are delayed due to various problems and stricter rules. But Netflix wants to sweeten the wait a little and is now surprising with a summer outlook that promises new films every week. In this video, we also get new information about “The Kissing Booth” 3 in thoseJoey King (Elle) and Joel Courtney (Lee) reveal when the film will start.

In the new film clips for “The Kissing Booth 3,” we see Joey King and Joel Courtney jumping off a cliff – quite brave! Then we see the two Netflix stars watching the clip together and eating churros. They also reveal the start date of part 3: On August 11th, 2021 we will get more supplies from “The Kissing Booth”! There is also a new photo, which you can see here in our cover picture, which shows Jacob Elordi (Noah), Joey, Joel, and Meganne Young (Rachel) together at the pool. Before “Elle” has to decide which college she wants to go to, she seems to have the summer of her life – we are really looking forward to the third part of “The Kissing Booth” and we are marking the start date on Netflix in the calendar. From minute 02:05 you can see the part of Joey and Joel: