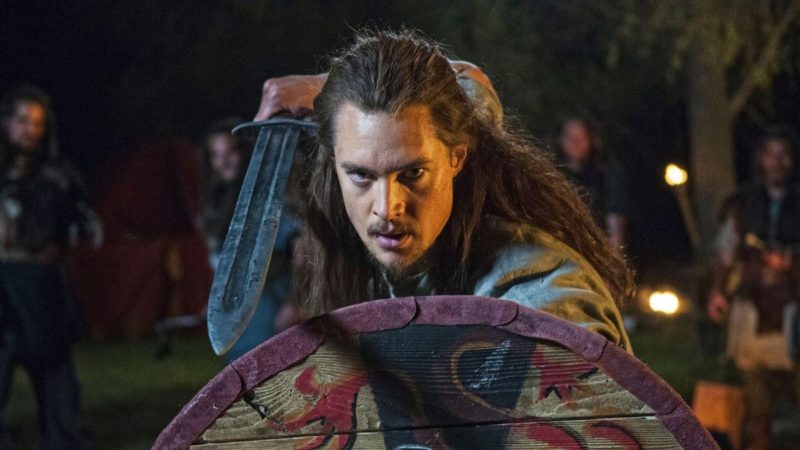 There have been many months that The Last Kingdom fans have been waiting for the new episodes of the series based on the literary saga The Saxon Stories, by Bernard Cornwell and which follows the life of Uhtred de Bebbanburg, the character of Alexander Dreymon.

The Last Kingdom will end its story after five fascinating seasons. An announcement that was undoubtedly not to the liking of fans, who are eagerly awaiting the new episodes to finally see Uhtred’s rise to power as the true king of his hometown.

As we know, season 5 of The Last Kingdom was interrupted by the pandemic until fall of last year when the crew and cast of the drama returned to the filming set of the final episodes of the series.

After filming the scenes of the next episodes of the last season of The Last Kingdom under strict security controls and prevention against any risk of contagion of coronavirus, finally the drama culminated the filming of the fifth installment of the Netflix series.

The great news was announced by the director of The Last Kingdom Jon East, through the profile of his Instagram account confirming that the filming of the last season of the series that Uhtred follows had been completed, at the same time that he showed the clapperboard with information about the final scene, and also ensuring that this installment will be simply “epic.” This is what the director wrote:

It really is excellent news to know that filming for the final episodes of The Last Kingdom has just culminated on set, which means that the premiere of the fifth season of the series is getting closer and closer.

The fifth season will end the story inspired by the Saxon Cornwell stories, and which tells the story of a young man named Uhtred, who saw his parents killed by the fearsome Vikings and his uncle usurped his kingdom. In a constant search for his true identity, Uhtred embarks on an adventure fraught with danger and important allies alike.